Kier Highways has won a major new contract with Transport for London which will be worth around £200million. 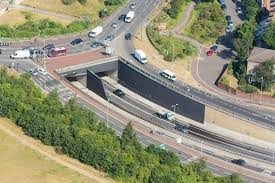 Starting in April, the contract to maintain and manage road tunnels and pumping stations will run for eight years with the option to extend for a further four.

Kier, which has a regional base of its construction business in Gloucester, will look after 106 pump stations and 10 tunnels, including Blackwall, Rotherhithe and the A40 at Hangar Lane.

The contract will see the management of all TfL's tunnels, including its river crossings, brought into the same team with maintenance for all tunnels delivered by Kier.

Kier Highways group managing director Joe Incutti said: "As TfL moves into a number of new contracts for the maintenance and management of the strategic road network in our capital city, we look forward to continuing our established working relationship with TfL through the delivery of this prestigious new tunnels contract.

"Alongside our supply chain partners, we will continue to leverage our collective tunnel expertise in the capital to work collaboratively with TfL towards its goal of keeping London moving."

Kier has recently been appointed to run the Highways Maintenance and Project Framework for TfL over an initial eight-year period in a joint venture with Tarmac.

TfL's head of asset operations Carl Eddleston said: "Our network of red routes are the arteries of London's road network and play a vital role in helping people get around the capital safely, whether they are walking, cycling, getting the bus or driving.

"This new contract with Kier will help us to ensure that these important tunnels on our road network are safe and well maintained for years to come."