Kidnappers broke into house to seize victim from bed

Two kidnappers smashed their way into a man's home before abducting him in a plot that had 'all the elements of a high-paced thriller,' a court was told. 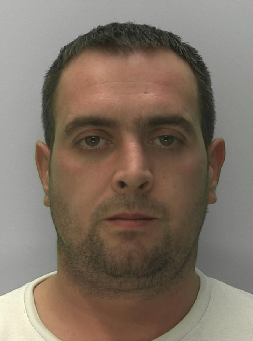 Terrified Mark Atkinson was pulled from bed in Cheltenham by the intruders who dragged him to their car and locked him in the boot and drove off, Gloucester Crown Court heard.

He was able to escaped and run to a nearby Sainsbury's store to raise the alarm when his abductors stopped to go to the toilet.

Kevin Jones, 36, of Barnmeadow Road, Winchcombe, and Daniel Phelps 37, of Kenwater Close, Leominster, were each jailed for six years after they pleaded guilty to kidnapping.

Prosecutor Ramin Pakrooh said the men forced themselves into the address in Newland Court at 4am by smashing the front door open and forcing it off its hinges.

He said: "Once inside the property, having woken the other occupants of the house up, the men went up the stairs and entered Mr Atkinson's bedroom and shouted a number of allegations at him.

"The other occupants heard Jones and Phelps calling Mr Atkinson a nonce and telling him to get downstairs now." 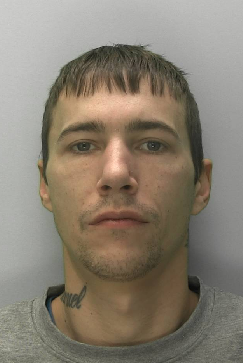 After being dragged out of the house, Mr Atkinson was driven to a housing estate where he managed to escape from the boot by pulling down the rear seats and climbing out of the passenger side door.

"He lfound himself in a road called River Leys and walked barefooted to the main road where he saw a Sainsburys supermarket in the Gallagher Retail Park," said Mr Pakrooh.

"He attracted the attention of a delivery driver. Police were then able to detect the Vauxhall Vectra by means of security cameras in the town.

"When the two men returned to the car after going to toilet, they discovered Mr Atkinson had made his escape."

The court was told that Mr Atkinson sustained cuts and bruising to his ribs but has since been diagnosed with post traumatic stress disorder.

In a victim statement, Mr Atkinson said the felt like he his kidnapping experience was 'straight out of the pages of a thriller book'

He added: "The kidnapping was the start of my health problems. The trauma the shock and disbelief about being assaulted and bundled into a car have made me an anxious person.

"The security measures put in place at my home address have made me feel a virtual prisoner in my own home.

"I am insecure when I meet people at work or when I am out and about."

He continued: "Just before the incident I was promoted at work, but they now feel that i am not in a fit state to take on the extra responsibility."

Matthew Harbinson, representing Phelps, said: "The incident was very short in duration. There was no beating or any use of a weapon in carrying out the kidnapping.

"Admittedly the victim was threatened but apart from bundling Mr Atkinson into the car he did not sustain any physical injuries.

"He was only in the boot of the car for a four to five minute journey. There was never any ransom demand."

James McKenna for Jones, said: "He has gone along with somebody else's fight that wasn't his. It was a moment of extremely poor decision making, which he regrets.

"He didn't know what he had signed himself up for and ended up playing a part in the kidnapping plot."

The Judge, Recorder Paul Garlick, said to both defendants: "This is a case of kidnapping. The facts of this case represent a very serious scenario for which the conduct of each of you is equal.

"It may be one of you was more vocal than the other but the combined conduct amounts to one of the most serious and fragrant breaches of the rule of law and the sentence.

"I have to impose on you a sentence which reflects that in this country there can be no room for vigilantism - you cannot take the law into your own hands.

"The mental harm that you have both caused him to endure will be a life-long sentence for Mr Atkinson. He will have to live with post traumatic stress for a long time."