The four keynote speakers have been confirmed for the Growing Gloucestershire Conference which will be held on October 15 at Pittville Pump Rooms in Cheltenham.

The annual conference will be opened by Peter Cheese, the chief executive of the Chartered Institute of Personnel and Development.

The CIPD have a major impact on the world of work, and Mr Cheese will address the conference on its three key themes: sustainability, technology and connectivity. 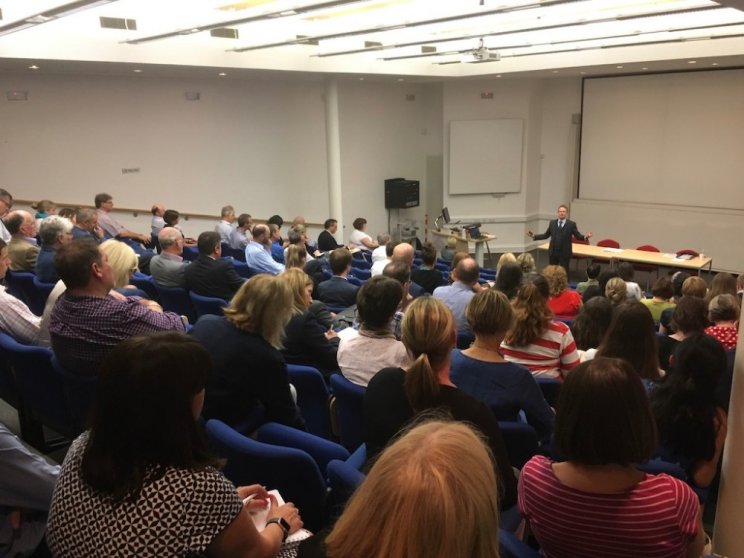 He said:"We are in fast changing times, with political, economic, social and technological change all happening.

"These shifts impact us all but there are key principles of good work, of creating agile and adaptive organisations, of core skills, and in how we look after and develop people, that will be the cornerstones of sustainable and responsible businesses for the future."

Also speaking at the conference will be Sophie Bennett, a motivation expert, bestselling author and champion dressage rider with a strong business background.

She will be joined by Tarra Simmons the Corporate Social Responsibility Manager for the Midcounties Cooperative.

As demand for ethical shopping grows, there's never been a better time to hear from a progressive and socially conscious business.

Bloodhound LSR is a new venture with a new headquarters - the UK Land Speed Record Centre - in Berkeley.

The team is now preparing the car to go to South Africa, initially for high speed tests and then to set a new world land speed record.

Jonathan Nicholls, the Chair of Gloucestershire Professionals said he was delighted to welcome the four speakers for what he hoped will be the "biggest and best" Growing Gloucestershire Conference to date.

He said: "We've moved to the prestigious Pump Rooms in Cheltenham and in addition to the keynote speakers have a packed workshop programme lined up that we will share with people in the coming weeks."