Forest Green Rovers have announced the final nominations for the club stadium's new name after a sponsorship deal with innocent drinks - with one surprise contender. 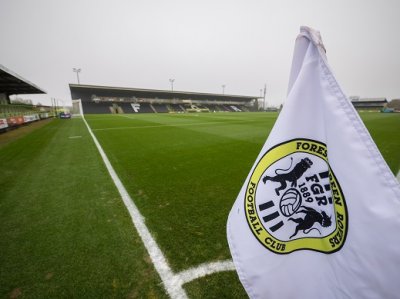 The League Two football club's home in Nailsworth, previously The New Lawn, could be named Kevin after the four finalists were announced.

And Kevin has won the backing of Sky Sports Soccer Saturday presenter Jeff Stelling who tweeted: "If it is Kevin it is guaranteed a mention every week."

The other contenders are innocent Sustadium, innocent New Lawn and innocent Fruit Bowl.

While Kevin has taken a commanding lead in a Twitter poll. the club said the final decision would be taken by season ticket holders.

The sponsorship deal with the sustainable smoothie maker entitled them to rename the ground, which they opted to put to fans via social media.

Club chairman Dale Vince said: "This is a great idea from the innocent team to crowdsource a name."

For Saturday's home game against Walsall, the ground was christened the innocent [insert name here] stadium.

Innocent's UK marketing director Anna Bateson said: "We're a green company, they're the greenest team in the world. At the end of the day, it's a match made in heaven.

"Our marketing team had the great idea to name the stadium but then had no great ideas for what to name it - the best they had was Greeny McGreenFace and we're not calling it that.

"So rather than do the work themselves, our marketing department reckoned they'd just let someone else do it. It's over to the fans to decide."

Watch a full-length interview with Dale Vince in The Big Green Issue of the online Punchline Magazine - available here.