Two men and a woman from Moreton-in-Marsh who got involved in a drug dealing racket were described by a judge as acting in a 'spectacularly stupid' way. 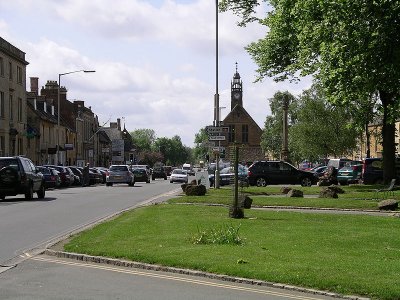 When Zack Peach, 22, of Albermarle Close, was caught with more than £2,000 in cash and drugs - and drug dealing messages on his phone - his partner and a friend perverted the course of justice by trying to protect him.

His girlfriend hid his phone in her bra - and passed his bag to the friend to keep it out of the way of the police, Gloucester crown court heard.

Peach admitted possessing cannabis with intent to supply on 4th July 2017 and offering to supply cannabis between July 4, 2016 and July 4, 2017.

His partner Kaeli Spiers, 27, of the same address, pleaded guilty to perverting the course of justice between July 3 and August 4, 2017.

Benjamin Friedi, 20, of Cotsmore Close also admitted perverting the course of justice between the same dates.

The Court was told that on July 4th 2017, police became aware of Peach walking outside the Bell Inn in Moreton in Marsh with a large dog and carrying a large bag at 5.15pm.

Prosecutor Janine Wood said: "The officers said Peach looked suspicious and overheard him say 'I'll meet you at the war memorial' to somebody on the phone.

"A short while later the officers observed that there appeared to be an exchange being attempted at the memorial, following which Peach tried to re-enter the pub as officers attempted to apprehend him, but he made a run for it," the prosecutor said.

"The officers gave chase and a short while later stopped and searched him. He was found to have £460 in cash stashed in his socks.

Peach had 150 text messages on his phone in relation to selling drugs and when interviewed by police he said that the drugs were for personal use as he had a big cannabis habit.

Mrs Wood told the court that Spiers, who was also in the pub, had put Peach's phone in her bra when her partner was being arrested. She also gave his bag to Friedli, the pub's barman, for safe keeping.

Simon Burch, defending Peach and Spires said: "This has been a real wakeup call for Peach. He hasn't been in trouble since the incident last year and has since shown a greater deal of maturity as the couple now have four children between them.

"Peach only dealt in drugs for a couple of months. He acquired the cannabis from a dealer and kept some of it for his own use and sold the rest.

"I feel he would be an ideal candidate for a community order as he has already shown he can stay out of trouble."

Mr Burch said of Spiers: "She acted on the spur of the moment, fearful of her partner getting into trouble with the police."

Brian Altman, defending Friedli, said: "He knew Peach and when he was working behind the bar at the pub he was asked by Spiers if he could hide the bag. In the heat of the moment he accepted and did what he did."

Mr Altman explained that Friedli suffered from mental health issues and the court proceedings had prompted a major decline in his condition.

M Altman added: "What was in the bag no one knows, as it has never been recovered, but it is likely to have been connected with drug dealing."

Judge Ian Lawrie QC said: "These are three young people who've made mistakes in their lives.

"It's a spectacularly stupid thing to have done."

The judge sent all three into the cells while he deliberated on their sentences. Later, he told the defendants in the dock: "You are a trio of young people who should know better. I hope the hour in the cells is a lesson to you for the future.

"Class B drug dealing often results in class A drug dealing. However none of you thought about the consequences of your actions.

"It is clear that Peach was dealing for financial gain. I can understand Spiers' actions because of the dynamics of your relationship with your partner. Friedli made a foolish decision at the age of 18."

The judge sentenced Peach to 10 months in jail, suspended for two years, ordered him to attend 15 rehab activity days, undertake 150 hours of unpaid work and pay court costs of £340.

Spiers was sentenced to five months in jail, suspended for 18 months, and ordered to complete 70 hours of unpaid work and pay court costs of £340.

Friedli was sentenced to five months in jail, suspended for 18 months, and ordered to complete 60 hours of unpaid work and pay court costs of £340.

The judge concluded: "This will hopefully be a lesson to you all about dealing in drugs. All of you have good things ahead in your futures. Don't squander you chances by making idiot decisions again."