Judge 'bound by guidelines' over sentencing 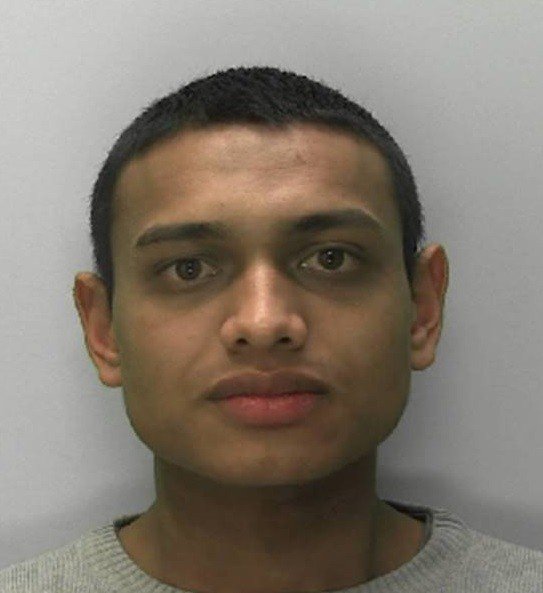 Judge Michael Cullum, who sentenced Mohammed Hussain at Gloucester Crown Court, said he realised his decision would not compensate the family of victim Steven Bone.

He said: "This isn't a case where I can compensate the family or for justice to represent their loss - the sentence will be completely different to anything I could impose to make things better for them.

"I am bound by the guidelines in sentencing you Mr Hussain for your utterly irresponsible behaviour."

The court heard Mr Bone of Denmark Road, Gloucester, was crossing the road when he was hit by a Mercedes C250 travelling at between 24-28 mph.

Hussain 23, of Marshall Street, Smethwick, Birmingham, who was driving, did not stop and drove off.

Mr Bone was rushed to Southmead Hospital, Bristol, with fractures to his skull and pelvic area, brain injuries and damage to his liver, but died there three weeks later.

The court was also shown a document that proved Hussain had been insured to drive the Mercedes C250 until a month before the accident and he said he was unaware his name was taken off the policy.

Jas Mann, defending said: "Hussain now accepts that the car he was driving collided with Mr Bone and caused his death.

"At the time he believed that somebody had thrown something at the vehicle and he panicked because he had a young boy with him.

"The sad fact is that whatever sentence is passed it will never replace the loss of a life. Hussain, with hindsight, regrets not stopping at the scene."

Hussain told the court he had passed his driving test at the age of 17 and was working for a credit hire company and helping out at the takeaway in the evenings.

Hussain said: "I only discovered that my name had been taken off the list of insured drivers after the accident.

"I believe I had a lapse in concentration and consequently I am at fault. I gave a no comment interview to the police on advice as I did not know at that point what had happened.

"I maintain that I had a lapse in concentration until what I thought somebody had thrown something at the car.

"I was shocked to hear that I had hit this man. I recall a noise but I didn't realise that it was me hitting somebody."

He said: "Of course, you should have seen him even in those circumstances and you accept that you didn't see him before the accident.

"But that failure to see him was a simple brief driving error which had tragic consequences.

"The impact was considerable and you must have known that you had collided with somebody. But you panicked and drove away.

"The really serious part of all this is failing to stop and going to see what you could do instead of leaving it to others. This has only added to the anguish to Mr Bone's family's stress."

The judge ordered Hussain to do 250 hours of unpaid work, pay court costs of £535 and a victim surcharge. He also disqualified him from driving for a year and endorsed his licence.

In a statement Steven Bone's father Geoffrey said: "Steven was a popular and well-loved person because of his amiable, humorous and very generous nature.

"After Steven's death, a day has not gone by where I have not thought about him and the way he died, lying unconscious in the middle of the road in the pouring rain."

He continued: "Coming to terms with his death has been so difficult because it could have been avoided had it not been the reckless actions of another.

"We can understand to a degree that the driver may have panicked at the time of collision. But we were extremely distressed that he left the scene of the accident straight after. He did not make any attempt to come to Stephen's aid.

"We need to see justice served for Steven. The punishment needs to be sufficient to act as deterrent not only for this defendant, but as a warning to others to take note to prevent this situation arising again in the future."