Police are appealing for information after jewellery worth thousands of pounds was stolen during a daytime burglary in Longhope earlier this month.

It occurred at a property in Latchen on Thursday, December 5 at some time between 9.15am and 6.30pm, when offenders forced their way into a property and broke into a safe.

There was also an Egyptian fish-shaped brooch made by a child for her mother, and described by its owner as "priceless", and a Tufty Club badge, from the 1960s road safety campaign.

Some of the stolen items were discarded nearby along with jewellery boxes and paperwork.

Officers investigating the burglary would like to hear from anyone who saw any suspicious activity in the Latchen area on December 5.

They are also keen to hear from anyone who is aware of any jewellery being offered for sale in unusual circumstances.

Sgt Paul Jones, from the Force Response Unit in the Foreat of Dean, said:

"This was a particulary brazen burglary committed during the daytime by offenders who seemed to know what they were looking for.

"The stolen items have a high monetary value, but more importantly they are of great sentimental value to their owners.

"We want to find the offenders and, if possible, get some of these items back so any help we can get from members of the public would be welcome."

Items stolen in the burglary are shown below: 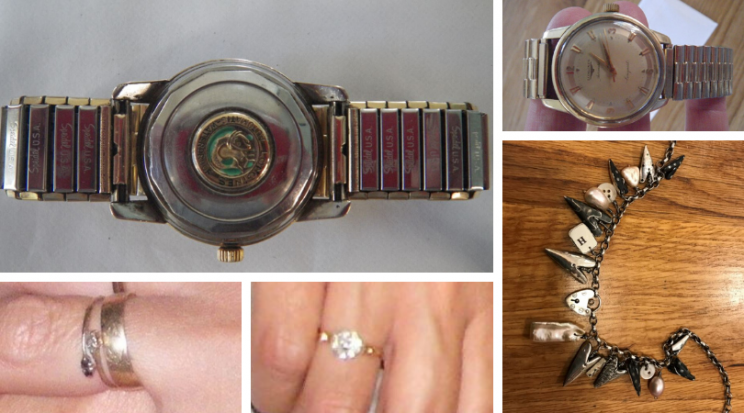