Jail for Gloucester man who attacked man who racially abused him

A Kingsholm man who launched a ferocious attack on a disabled man who had racially abused him - breaking his victim's jaw and nose - has been jailed.

Despite the racist provocation that led to Ainscough's attack, and the fact that he is the carer of his 60-year-old mother, Ainscough was jailed by a judge who said there was no alternative because of the seriousness of the offence. 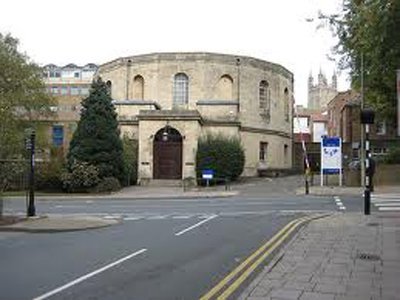 He was sent to prison for 27 months.

In a separate hearing later in the day in front of the same court, Booth, 61, admitted a charge of racially aggravated public disorder and received an 18 months conditional discharge.

Prosecuting barrister Jennifer Tallentyre said "An argument occurred between the two men after Mr Booth had been drinking.

"Mr Booth had called Mr Ainscough those sorts of names in the past."

Defending lawyer Sarah Jenkins said: "This was extremely unpleasant language and my client is more than willing to accept that it was not excusable."

Telling Booth that his language had been appalling His Honour Judge Ian Lawrie QC said: "This was a case of six to one and half a dozen to the other."

Referring to the injuries Booth received in the beating from Ainscough, the judge said "You paid a heavy price for your racial abuse."

Prosecuting Ainscough earlier, barrister Stephen Dent said; "The defendant and Mr Booth lived in the same block of flats and at first there was no problem between the two men.

"But later, in 2017, the defendant had a relationship with Mr Booth's wife Sarah for a few months, which Mr Booth knew about."

The court heard that Sarah Booth went back to her husband and that on May 4 the two men had an argument.

"Mr Booth started to racially abuse the defendant and called him a black bastard and a nig**r on several occasions, which tipped the defendant over the edge," said Mr Dent.

Neighbours witnessed the attack and saw Ainscough drag Booth into the garden by his collar, stand over him and punch him five or six times in the face.

"Mr Booth fell to the floor and lost consciousness and an ambulance was called," said Mr Dent.

Because of the attack Mr Booth has had metal plates inserted in his face, suffers worsened eyesight and says that the injuries he sustained still hurt him on a daily basis.

Grace Flynn, defending, said: "My client had suffered three years of racial abuse from Mr Booth and finally, although it in no way excuses Mr Ainscough's actions, he flipped.

"But he immediately phoned the police himself and admitted his guilt.

"My client snapped under pressure and lost his temper."

Judge Lawrie told Ainscough: "There was disharmony between you and your victim and you suffered significant racial abuse.

"But whatever the provocation your reaction cannot be excused and a custodial sentence is inevitable."