If he'd realised that taking action when witnessing an assault would change his life, then John Lumley might have thought twice. 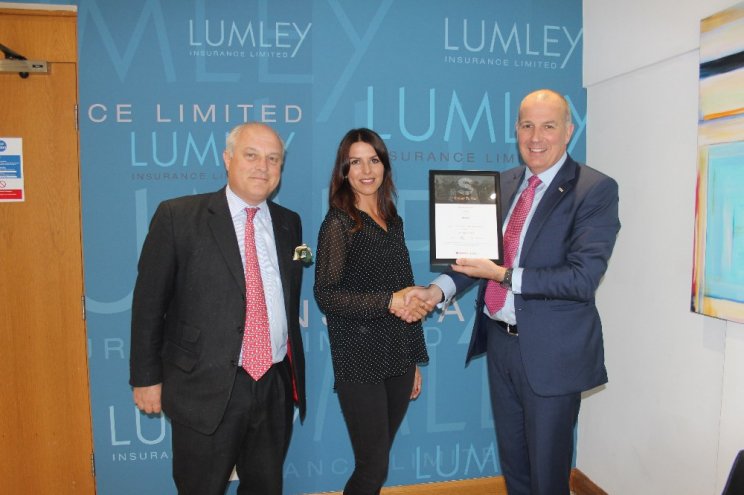 But when John - director of Cirencester-based Lumley Insurance - saw two men being attacked on Fulham Broadway one Sunday evening, he intervened and called an ambulance and the police.

While others went to the victims' aid, the police asked John if he could still see the perpetrator. He could and, without hesitating, got on his pushbike and followed the man, phone in one hand, while giving the officers a running commentary.

As the attacker entered a housing estate, John's front wheel hit a speedbump and he went flying, hitting his head on the tarmac. It was the moment when John's world changed.

"I went home at first, but soon realised that the gash in my head needed stitches, so went to hospital to get it seen to," said John. "They asked me a few questions - like what day of the week it was (I got it wrong) and who the Queen was (I didn't know!) so I clearly had concussion, but that is fairly normal.

"I went home and over the course of the next few days, I deteriorated. My wife, Yvette, said I totally changed from being the most laid back person she'd ever known to being a bear with a sore head."

John returned to hospital, where a scan showed he had sustained a subdural haematoma - blood was collecting between the surface of his brain and his skull. Fortunately for John, the bleed subsided sufficiently that surgery wasn't required, but the damage to his brain was done - he was a changed man.

John's accident happened on July 6, 1997. He was 37, married and a father to three young children. At the time has was with Aon insurance, was their youngest executive director, working in aviation insurance and helping to oversee the takeover of two other businesses. His career could not have been more highflying.

After the accident, doctors prepared him for the possibility of never working again. John decided otherwise and set about on the long road to his recovery. Eventually he went back to work, initially part-time, building up his stamina gradually.

In 2008, John took over the reins at his brother-in-law's Cirencester-based insurance business when he passed away. It was this company which eventually became Lumley Insurance, specialising in high value home and contents insurance.

Now 22 years on, John is keen to help others in his position by supporting the charity, Headway, which helps people affected by brain injury and their families.

Lumley Insurance successfully applied for grant funding from Ecclesiastical Insurance Group's 'Closer To You' charity support programme, resulting in a donation to Headway of £3,000.

Jo Plant, director of fundraising at Headway, said: "We'd like to say a huge thanks to John and the team at Lumley Insurance. We're very humbled that Ecclesiastical Insurance chose to support Headway through its Closer To You charity scheme. The kind donation will go a long way in helping to support brain injury survivors and their loved ones across the UK."

Chris Pitt, group corporate responsibility manager at Ecclesiastical, said: "As a company which exists to contribute to the greater good of society, charitable giving is at the heart of our business. We are thrilled to hear that Lumley Insurance will be donating its £3,000 grant to the brain injury charity Headway and we're looking forward to seeing how this financial boost will change lives for the better."