Hundreds of speeding motorists were caught by police officers in Gloucestershire last week, during a national campaign to make the roads safer.

Project EDWARD - which stands for Every Day Without a Road Death - is a week-long series of events promoting road safety.

The annual campaign, which this year ran from Monday September 13 to Friday September 17, aims to cut the number of deaths and serious injuries. It is backed by government, the emergency services, highways agencies, road safety organisations and businesses.

Officers were out across Gloucestershire for the entire week, to ensure that motorists were driving safely through speed operations and to check whether drivers were wearing seatbelts or using their mobile phones illegally while driving. 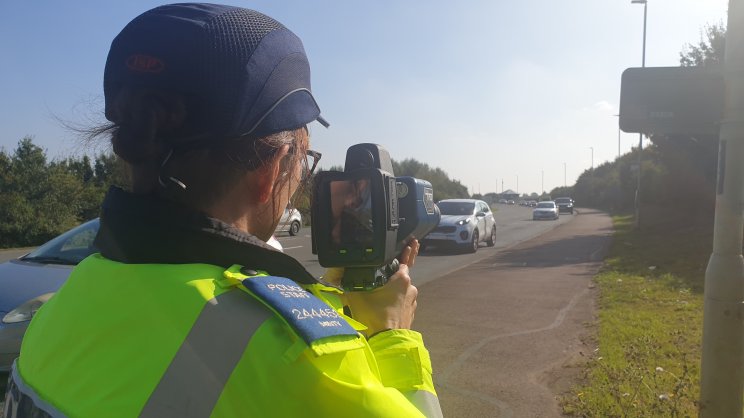 A total of 1,280 people were caught breaking the speed limit on Gloucestershire roads. While some were given words of advice, many will now be receiving fines in the post.

The week-long campaign also saw 95 people driving without a seat belt and three caught driving while holding a mobile phone. Five people failed to produce the correct documentation when stopped and four people were arrested on suspicion of drug driving.

Inspector Rachel Lynch-Warden of Gloucestershire Constabulary said: "One death on the roads is one death too many. Project Edward allows us to focus on reminding drivers that, when you get behind the wheel, it is really important that driving is the only thing you focus on.

"I know that there are lots of distractions, but driving is the only activity for most people which, if you get it wrong, can cause really serious harm to someone."

Chris Nelson, Gloucestershire's Police and Crime Commissioner, said: "Working together in partnership to keep the county's roads safer is a key priority of my Police and Crime Prevention Plan. Therefore, it's encouraging to see Gloucestershire Constabulary so focused on supporting Project Edward, through a range of road safety operations.

"I hope that people living in Gloucestershire will also be able to play their part in making the county a safer place to travel, by joining up to schemes like Community SpeedWatch. I believe that working with our partners, the police and within communities, together we can make a huge difference to the safety of Gloucestershire's roads."