Gloucestershire's three universities have been ranked in The Times' rankings published yesterday (September 19) - and it seems there is still work to do.

Out of 132 universities on the table, the University of Gloucestershire comes top in the county.

The University of Gloucestershire is ranked 96th, up from 109th in 2020, while Hartpury is ranked 112th in its first year on the list. The Royal Agricultural University (RAU) is ranked 116th, down from 73rd - the second biggest fall on the list of 132 universities. 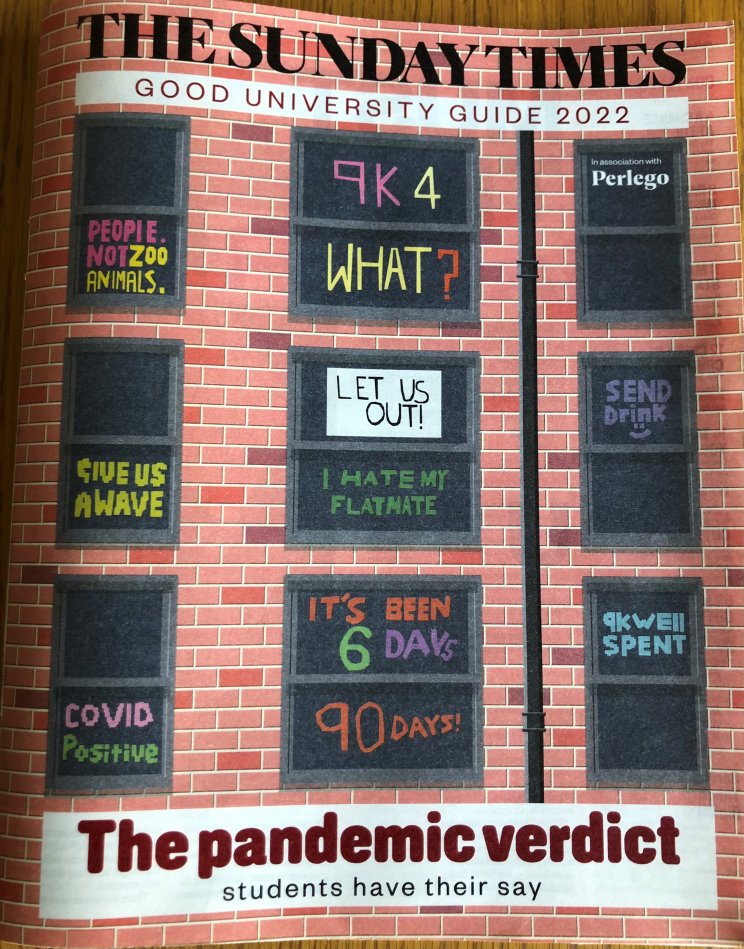 Fees at The University of Gloucestershire stand at £9,250 for UK students and £14,700 for international students. Graduates can expect an average salary of £21,000.

While many universities will still be doing a large proportion of teaching online this year, the University of Gloucestershire has pledged to make face-to-face teaching a priority.

The university is ranked 33rd for social inclusion, with 92.4 per cent of students coming from non-selective state schools, and an ethnic minority student population of 9.7 per cent.

It is ranked 82nd for social inclusion, with 90.1 per cent of students coming from non-selective state schools, and an ethnic minority student population of 5.6 per cent.

The RAU is ranked 113th of 116 English universities for social inclusion. With 40.2 per cent of students coming from independent schools, it has the highest proportion of students from private school of any of the universities on the list.

Topping the list overall was St Andrews, closely followed by Oxford and Cambridge. In the South West, Bath took the top spot, in ninth position, with Bristol not far behind in 13th.

Following a challenging year of higher education, Imperial College was named University of the Year, for the way it was able to transform teaching and learning during the pandemic.

Punchline said: "The Times and Sunday Times should be awarded an A* for their work in pulling together such a comprehensive guide, which will help future students with their decision-making. But, with many universities still doing much of their teaching online over the coming year, the report for the university sector as a whole is a resounding 'must try harder'."

A 30-year-old Gloucester woman has admitted fraudulently obtaining £109,528 while working as a bookkeeper for three businesses.

Gloucester-based homeware retailer ProCook is to float on the stock market in a multimillion pound share offer.

After years of waiting, Punchline can reveal that Cheltenham is to get an ice rink this Christmas.