House prices fell by the largest amount since the financial crisis in 2009 during May. 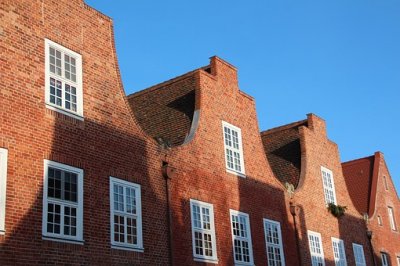 The number of mortgage approvals also fell to a record low during April as the deadline to apply for a payment holiday was extended.

According to figures from the Nationwide Building Society, the average price of a house in the UK dropped to £218,902 - a fall of 1.7 per cent in May, the biggest since February 2009.

Over course of the last year, prices rose by 1.8 per cent - down from 3.7 per cent the previous month.

The housing market reopened midway through the month after being virtually frozen for seven weeks, HMRC figures showing property transactions had fallen by 53 per cent in April compared to 12 months previously.

Despite the fall in prices, Nationwide is not expecting a rush to buy with 12 per cent of respondents to a survey delaying moving because of the lockdown.

They say buyers are planning to wait an average of six months before entering the housing market.

Nationwide's chief economist Robert Gardner said: "The raft of policies adopted to support the economy, including to protect businesses and jobs, to support people's income and keep borrowing costs down should set the stage of a rebound once the shock passes and help limit long-term damage to the economy."

The figures came as the Bank of England confirmed the record low of 15,848 mortgage approvals in April, down 80 per cent since February.

Net mortgage lending fell to £300million in April - down from £4.3billion - as repayments fell by 26 per cent to £13.9billion, partly due to the payment breaks introduced at the start of the crisis and which have been extended from three to six months.

The Financial Conduct Authority has extended the deadline to apply for the mortgage holiday by three months to October 31, as well as moving the ban on repossessions of properties until the same date.

While housing sales have been hit, the easing of lockdown restrictions has seen a 22 per cent rise in the demand for rental properties compared to 12 months ago.

Property firm Rightmove says demand is outstripping the supply of new properties since estate agents were allowed to resume trading on May 13.

It says the South West has seen the largest rise in demand with a 34 per cent increase compared to last year with May 27 bringing six million visits to the Rightmove website - the busiest on record.

Rightmove housing expert Miles Shipside told the BBC: "Effectively we have two months of pent-up demand that needs to be satisfied.

"They may need to move for a job. And where some people have enjoyed lockdown, others' relationships haven't survived it and this has had knock-on consequences.

"There could be people who need to move because of job losses and working from home has left a lot of people looking for a change in surroundings."