Average house price grew at the fastest annual pace in March since 2007, according to the latest figures.

The Office for National Statistics (ONS) said prices were up 10.2 per cent over the 12-month period, thanks to demand for properties with more space and aided by the government's stamp duty cuts, as reported by Sky.

It is a picture largely reflected in Gloucester, according to information from Belvoir estate agents.

House prices in the city (GL1 to GL4) have increased by eight per cent over the last year. The cost of an average house in the city was below the national average at £230,614. 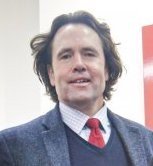 But these figures hide some big local variations. House prices in Churchdown were up 15 per cent over the last year, prices in Longlevens were up 16 per cent, while Linden saw a rise of nine per cent and Quedgeley saw a fall of one per cent.

The most popular houses in the city over the past year were semi-detached, at 34 per cent of sales, followed by detached (27 per cent), terraced (25 per cent) and flats or apartments at 13 per cent. Again, this shows a lot of local variation according to Belvoir's figures - with semi-detached houses accounting for 58 per cent of sales in Churchdown and terraced houses the biggest sellers in Quedgeley, at 35 per cent.

The increased house prices are of particular concern to first time buyers.

Anthony Stick from Belvoir in Gloucester said: "The lack of stock out there makes it very competitive for first time buyers.

"House prices make it difficult, although the five per cent deposit is a big help. First time buyers need to make sure they get that organised, so they are ready to move when the right house comes along.

"First time buyers need to accept that they're going to start out with a one or two bedroom house in not such a good area, do it up, make a bit of money and move to somewhere a bit bigger in a couple years."