House of Fraser stores will have to close, says Sports Direct chief after announcing interim results

Shares in retail giant Sports Direct soared on Monday morning after Mike Ashley's firm revealed a 14 per cent increase in revenues for the first half of its financial year.

By 11am, shares in the Sports Direct Group had risen by nearly 20 per cent with revenues breaking through the £2billion barrier for the 26 weeks to October 27 2019.

At a general meeting to accompany the announcement, shareholders agreed that the group would be renamed The Frasers Group, a significant change from the Sports Direct brand. 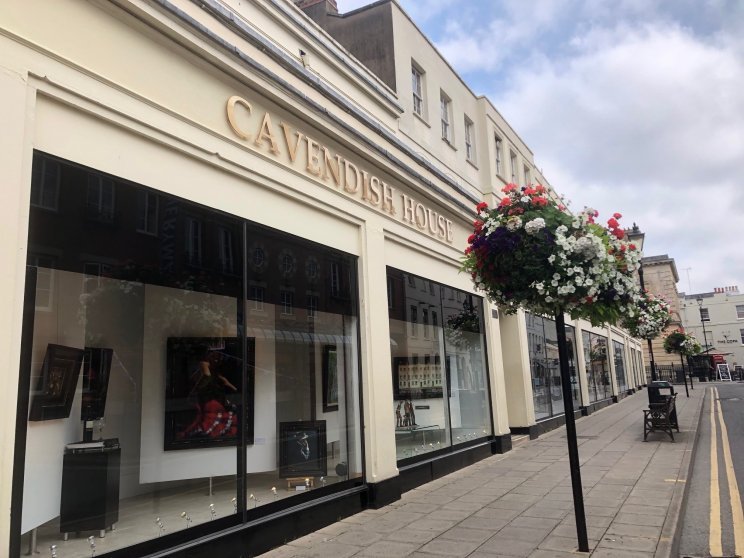 The announcement forecast that profits will come in around £390million for the year to April 2020 as the firm cuts losses in its premium lifestyle business that includes House of Fraser.

Mike Ashley took over the beleaguered group last year and said that at the time it was an "unmitigated disaster."

He reiterated that the transformation was ongoing and that while the brand's future was "bright", there will still be the need to close some of the unprofitable House of Fraser stores.

In his statement that was published alongside the financials, Group chairman David Daly said that there were "green shoots of recovery" for House of Fraser.

However, Mike Ashley was a touch less diplomatic in his assessment of the brand in his chief executive's report.

He blasted "the deliberate incompetence of previous management an ownership" of House of Fraser and said it had been working to bring "an unmitigated disaster into a functioning state."

"I want to thank everybody within the Sports Direct Group, including our new House of Fraser colleagues, for making this happen in very difficult circumstances," Mr Ashley said.

"A lot has been made about my comments regarding the "terminal" nature of House of Frasers problems.

"For absolute clarity, as shown by the fact House of Fraser went into administration and indeed was mere hours from liquidation such was its parlous state, the business was dead, finished, destroyed.

"It was, and it is only through the incredible efforts of those within the Sports Direct Group, including the remaining House of Fraser teams, that we are tackling these problems and trying to build a business with a future, a future for Frasers that is hopefully 'bright.'

"To repeat, the terminal issues included serious under investment in stores and appropriate support services, excessive and unsustainable outsourcing and financing, senior team extravagances, the fairy tales around the sustainability of the business told to stakeholders including suppliers and the fraudulent appearance of selling off brands to the Chinese parent shortly before administration.

"I reiterate, we are doing as much as we can to realistically save as many jobs and stores as possible however, despite our best efforts, there are still a number of stores which are currently paying zero rent and that are unprofitable and thus not sustainable.

"We are continuing to review the longer-term portfolio and would expect the number of retained stores to continue to reduce in the next 12 months."