A debt-ridden hotel worker who cheated her bosses out of more than £16,500 can only raise £5,000 towards compensation - and it will come from a loan from her family, a court heard.

Therefore he told the judge he was prepared to accept the defence request to allow three months to make that payment under the Proceeds of Crime Act.

In August last year, Seabourne was sentenced to 6 months jail suspended for two years and ordered to undergo 20 days of rehabilitation activities.

She had admitted that between 24th Jan and 23rd August 2017 she made a false representation involving 17 transactions on debit cards belonging to herself and a family member.

In order to keep up with payday loans that she was struggling to repay, she made bogus refunds to her own debit cards from the Tewkesbury Park Hotel where she was employed as meetings and golf co-ordinator.

At her sentencing hearing the court learnt that her financial situation was precarious.

She had got into such bad financial difficulties that she had been taking out new high interest loans to make the repayments on earlier payday loans.

Today at a proceeds of crime hearing, Mr Gordon said the 'benefit figure' from her crimes was £16,611.25.

Financial investigators had found that her 'available assets' were £5,000 which was in effect the 'soft loan' she would obtain from her family.

Mr Gordon asked Judge Lawrie to certify both figures, which he did, giving her three months to pay.

The judge also fixed a one month jail term in default for non payment. 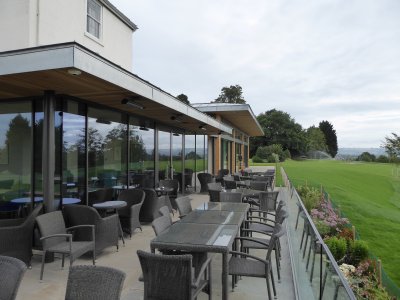 Seabourne had landed the job at the hotel in September 2016 partly because she was already skilled with the computer system it used.

In the summer of 2017 an audit was carried out and discrepancies were discovered.

It was found that details of some transactions had been erased and that refunds had apparently been made to debit cards associated with Seabourne.

Seventeen refunds had been made to four debit cards.

A disciplinary hearing was convened and Seabourne made frank admissions about what she was doing.

At the sentencing hearing last year, Stephen Thompson, defending, said "This lady had taken out payday loans to pay off other payday loans. Sometimes these loan interest rates are in the thousands or hundreds of percent.

"This doesn't in any way justify what she did. But the most unattractive frauds are where people steal from their employers and spend the money on lavish lifestyles or expensive holidays. That is not the case here."

He said Seabourne's mother was prepared to give her £5,000 towards compensating the hotel and Seabourne would pay off the balance in monthly instalments. She had a new part time job and hoped it would have become permanent from last October.