Hotel Chocolat plans to open 50 new shops in the UK after enjoying its best Christmas shop sales ever. 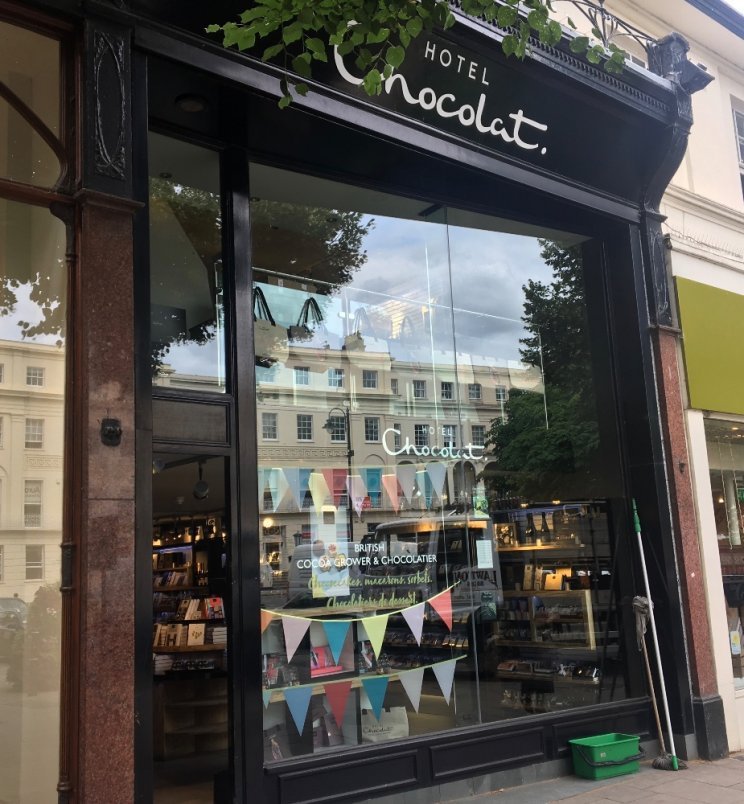 Today it has 126 UK branches, including Cheltenham and Gloucester Quays and said it saw a switch back to store sales and away from online over the festive period.

Its sweet taste of success was helped by the new mince pie-flavoured drinking chocolate which proved a "real hit".

The group is now eyeing up expansion across London.

Angus Thirlwell, co-founder and chief executive of Hotel Chocolat, told the Financial Times: "Retail is very much back. When people step into a Hotel Chocolat, there is a sense of discovery, excitement. That sensorial element is not to be understated."

He added: "We saw 10 per cent like for like store growth in the nine week key Christmas period. "We're looking at retail in the UK as a model and thinking this is looking pretty good for us."

Despite the jump in UK sales, Hotel Chocolat's sales overall were down from a year earlier following problems overseas. Last year, the company's Japanese business went through insolvency.

Mr Thirlwell told The Telegraph the company is "not making bets on as much stock" and expects to sell out of Easter eggs rather than having to shift excess items at discounted prices after the holiday.

It's an approach that it took over Christmas, resulting in an 80% drop in leftover Christmas stock in January.