Hotel booking sites have been misleading us

It's the time of year when thoughts turn to holidays, but it seems some well known hotel booking sites have been misleading customers.

Expedia, Booking.com, Agoda, Hotels.com, ebookers and trivago have all been investigated over pressure selling and misleading discount claims by the Competition and Markets Authority (CMA).

The CMA was concerned the sites were making rooms seem more popular than they were, as reported by the BBC. 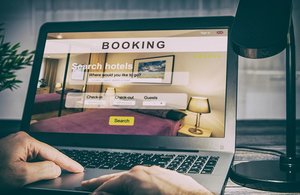 The competition watchdog said it has taken enforcement action to bring an end to misleading sales tactics, hidden charges and other questionable practices in the online hotel booking market. It said many of these firms' practices have been completely unacceptable.

The six companies have all now agreed to the following new rules:

Not all of the six companies had fallen foul of all four of these bad practices, the CMA said.

The companies have until 1 September to comply with the demands, otherwise they could be taken to court.

The CMA will now seek to make the rest of the sector follow the same rules as the six companies it has named, it said.