Hospitality calls for extension of help as costs mount

Hospitality trade bodies have called on the Government to extend the business rates holiday for at least three months after only 40 per cent of pubs were able to reopen last week. 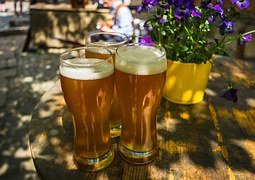 Figures from analysts CGA put expected turnover on reopening at around 29 per cent of 2019 levels - a figure which will rise to 56 per cent after indoor drinking and dining is allowed.

With almost a quarter of businesses surveyed believing they will be viable by the end of the year, UK Hospitality, the British Beer and Pub Association and the British Institute of Innkeeping called on the extension until October.

Rates in England are due to restart in July with hospitality in Scotland and Wales having a full year of business rates holiday.

A joint statement for the trade bodies said: "It is clear from the demand for bookings in our unique and vibrant hospitality venues, that the public have desperately missed the opportunity to come together over a meal or a drink with friends and family.

"Despite this, our sector will have a long and rocky road to recovery, especially while any restrictions remain in place in our venues."

It continued: "It is clear based on this that reopening pubs fully, indoors and outdoors, without restrictions, is going to be key to their survival.

"We need to see a full cancellation of business rates until at least October 2021 to allow them the breathing space to recover their businesses."