Quite how you square it with those who foretell only bitter winds blowing through the British high street of late is uncertain, but a nationwide retailer is closing in on a £1 billion turnover.

CDS (Superstores International), known to most of us as The Range, saw turnover grow from £869 million to £945 million for the 53 weeks to February 2. 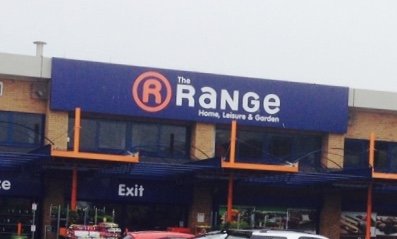 Profit before tax was up at the homeware and leisure retailer from £53.5m to £71.2m on a year-on-year basis.

The business, which has outlets in Gloucester and Cheltenham, said it had opened 12 new stores during the last year to add to its 19 opened the year before.

"Gross profit increase eight per cent as a result of the increase in turnover, achieved by increasing sales in existing stores and increasing the number of trading stores but maintaining the level of fixed costs.

"The group is optimistic about the future given the continued and associated economies as well as the strength of the concept," said the firm's annual report.

It added: "There is a risk that the UK's departure from the EU could have an impact upon buying, supply chain and retail activities. The board has sought advice on the potential impact of the UK leaving the European Union and will continue to monitor developments and take suitable action if required."

The business said it was expecting 2019/20 to "show further significant growth in sales from continuing operations".