A special ceremony is taking place today (Tuesday, July 20) at Winchcombe station to mark the 40th anniversary of the creation of the Gloucestershire Warwickshire Steam Railway (GWSR).

It recognises the extraordinary effort of thousands of volunteers who, over the years, have created the beautiful heritage railway that today operates between Cheltenham Racecourse and Broadway.

Some of the original volunteers, whose vision and determination 40 years ago laid the foundations of the present-day railway, received special awards presented by Colonel Mike Bennett OBE DL, a non-executive director of GWSR Plc. 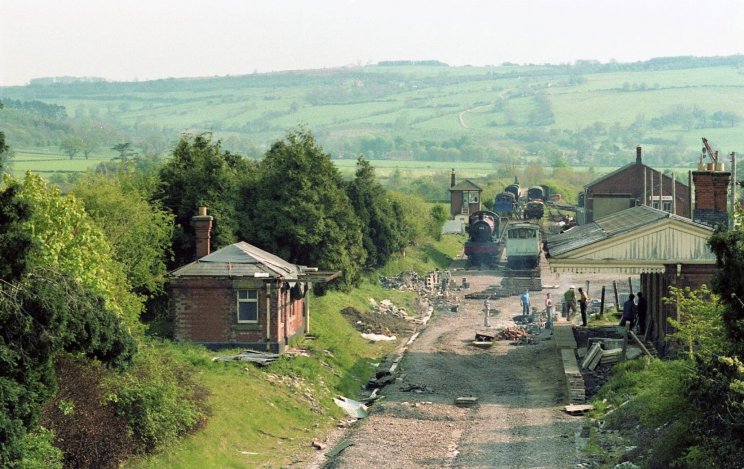 Col. Bennett also formally opened an exhibition in the Tim Mitchell Building at Winchcombe station. The display has been put together by volunteers from each of the railway's many departments, to mark the progress made over the past four decades and it remains open on every operating day until September 5.

1981 was a momentous year when the first steps were taken in rebuilding 'as much as possible of the former Great Western Railway line between Stratford-upon-Avon and Cheltenham'.

The volunteer-run organisation then faced the enormous task of reinstating a railway line that had been dismantled by British Railways only months before. 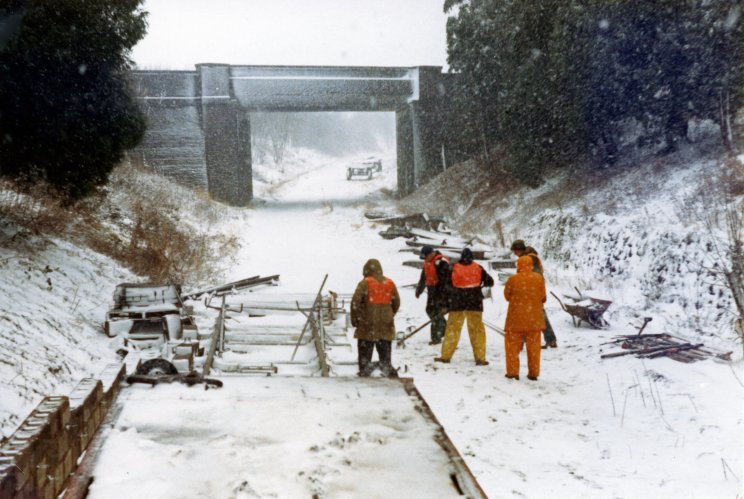 This much-loved main line had gradually been run-down by British Railways (BR) from 1960, when most of the local stations were closed. However, it continued to be used for through passenger and freight services between the Midlands and the South West and South Wales and was an important diversionary route to the Midland main line between Cheltenham and Birmingham via Bromsgrove.

By 1976, however, scheduled passenger services over the line had ceased and a freight train derailment at Winchcombe in 1976 resulted in a decision by British Railways to close the line completely but keep possession of the trackbed.

The Gloucestershire Warwickshire Railway Society was formed in August 1976 to persuade BR that there were very good reasons to reopen the line. The movement quickly gathered both local and national as well as enthusiast support.

Despite this, BR nevertheless started dismantling the track and remaining infrastructure from 1979. Then in August 1980, it decided to release the land, which allowed the negotiations to purchase the route to progress.

On 28 July 1981, the Gloucestershire Warwickshire Steam Railway Plc (GWSR) was formed in order to purchase, rebuild and operate the railway. Its first share issue was launched on 20 August that year, raising over £73,000 within the statutory 40 days which enabled a large quantity of track and other materials to be purchased. 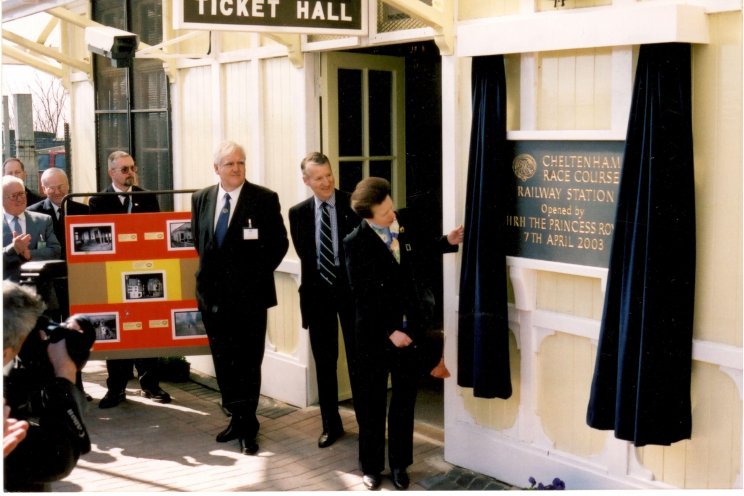 The first chairman of the company was Tim Bazeley, who is still a volunteer on the railway today. "Raising so much money in such a short time was an astonishing success," he said. "Then the really hard negotiating work began! We applied to the Government for a Light Railway Order to authorise us to operate trains over the 25-mile route between Cheltenham and Stratford-upon-Avon while we pressed ahead with purchase negotiations. The British Railways Property Board quoted a price of just £30,000: however, the GWSR's parliamentary agents advised us to concentrate initially on buying half of that.

"Cheltenham Borough Council wanted the stretch of trackbed within their boundary (most of which is today a cycle way and footpath) and in February 1984 we were successful in completing purchase of the nearly 15 miles of derelict line from their boundary, north of the Prince of Wales Stadium, to a point just north of Broadway station. The cost was £15,000!"

Since then, volunteers have steadily rebuilt the railway, reinstating stations, repairing the infrastructure and bridges, as well as operating the expanding line and bringing pleasure to countless thousands of visitors.

"Our first train ran from Toddington station over about a quarter of a mile towards Winchcombe: a tiny tank locomotive called 'Cadbury No. 1', and one coach. It was flagged off by the then Secretary of State for Transport, Nicholas Ridley MP, on 22 April 1984.

"Now we are operating over the full length of the route we purchased in those early days. I feel incredible pride that all of this has been achieved by volunteers - not just the rebuilding of the line but the restoration of locomotives and rolling stock.

"It's an astonishing success story and today, we have nearly 1,000 active volunteers and only a small full-time staff." 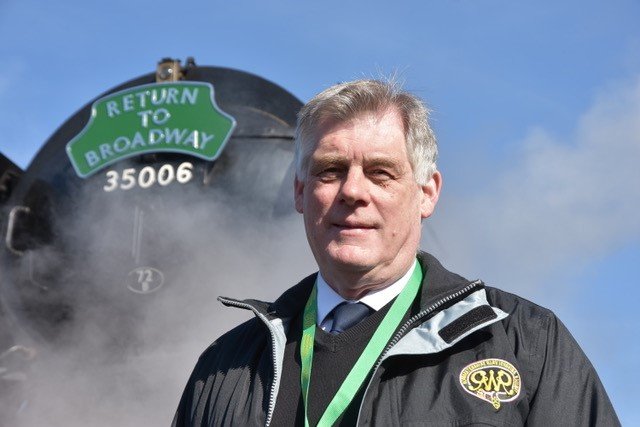 The GWSR is among the UK's leading heritage railways, operating through some stunning countryside along the edge of the Cotswold escarpment.

Richard Johnson, the current volunteer Chairman of GWSR Plc said: "I feel very humbled by the amazing support that has enabled this railway to develop and grow to become one of the top tourist attractions in the Cotswolds.

"The vision of our early volunteers: to see a derelict strip of abandoned railway return to life is, frankly, a remarkable story. No other heritage railway has risen in such a way from, essentially, nothing.

"When we started we had no track, no signals, no locomotives or rolling stock, just one derelict and vandalised station, a windowless shell of a signal box and old goods sheds. Most of the station buildings along the length of the line had been demolished by British Railways.

"Just take a look at Winchcombe station - a building moved stone by stone from Monmouth Troy. Also at Winchcombe is our Carriage & Wagon Department which has perhaps the finest carriage restoration and repair facility on any heritage railway. 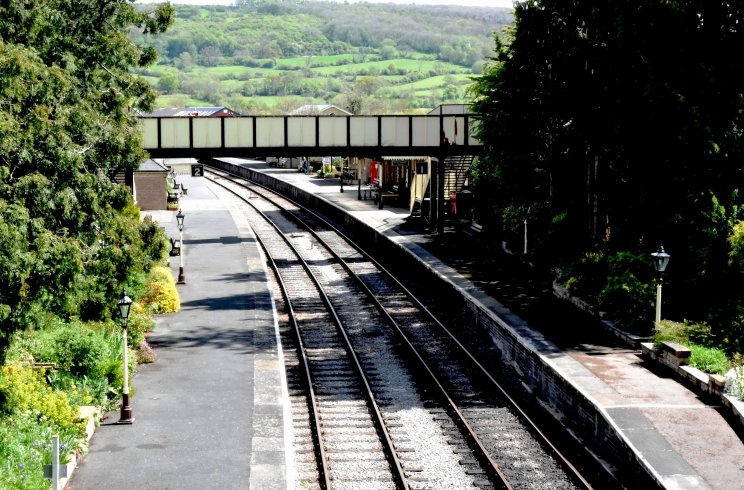 "And at the growing Toddington workshops incredible steam and diesel locomotive overhauls are carried out to the highest standards while we have recently completed, thanks to a grant from the GWRT, superb volunteer welfare facilities."

Mr Johnson added: "So, I'm delighted that we are able to celebrate our 40th anniversary as we emerge from the Covid restrictions which have seriously curtailed our operations. What better way to look to the future growth of our wonderful railway, than with a look at how it all came about?"