Lifestyle Outlets, part of Peel L&P, has reported "another year of strong results" which it says show it "bucking the national retail trend across its two operational centres in Manchester and Gloucester, despite market uncertainty surrounding Brexit and a late General Election". 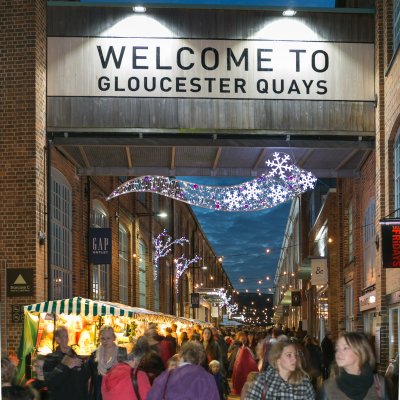 Figures at the end of the 2019 calendar year revealed a 5.7 per cent year-on-year increase, boosted by a successful Christmas trading period.

The Gloucester Quays Victorian Christmas alone brought in more than 530,000 visitors in 11 days, an increase of 8.5 per cent.

Both outlets announced a number of new tenant signings throughout the year, with Gloucester Quays significantly expanding its retail offering with brands opening their doors in the mall in 2019 including Barbour, H&M, Five Guys, Hotel Chocolat and Radley.

Footfall figures continued to show increase with the Christmas trading period representing a significant upturn on the previous year of 8.4 per cent.

In 2019, Gloucester Quays celebrated a decade since opening and the seventh year of double-digit sales growth, with more than seven million people enjoying the Lifestyle Outlets centre.

Apparently events like The Victorian Christmas Market at Gloucester Quays brought in more than 530,000 visitors in 11 days, an increase of 8.5 per cent.