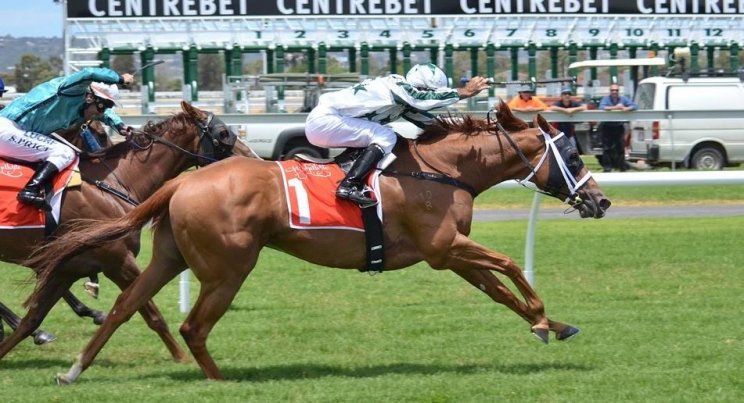 A grieving mum has described how she found her 'gifted' jockey son dead at home the morning after he attended the first day of this year's National Hunt Festival at Cheltenham.

Harley Cornock, 24, who had worked at stables at Condicote, near Stow-on-the-Wold, for six years, had laid out all the clothes he planned to wear on each day of the Festival, a Gloucester inquest was told yesterday.

But on the morning of March 11, his mother Lynn found him hanged at their farmhouse home in Old Gloucester Road, Hayden, near Cheltenham.

She told the inquest she did not believe he had intended to kill himself and that it was accidental.

The court heard Harley had arrived home at Ascot Farmhouse at 5.50am that morning after a night out in Cheltenhaml.

When he had not risen to get ready for work at Martin Keighley's Condicote yard, his mother went to wake him up.

Mrs Cornock said in a statement: "At 6.35am I went into Harley's room to wake him as I didn't want him to be late for work.

"I found him slumped in front of his wardrobe still wearing the suit he had worn to the races and I realised he was lifeless. I screamed for somebody to ring for an ambulance while his father Brian carried out CPR.

"The paramedics arrived and worked on him for some 20 minutes before pronouncing that Harley had died at 7.21am."

Mrs Cornock explained to the inquest that she had taken her son to Cheltenham at 12.45pm on March 10.

At 10.30pm, she said she knew he was in the town's High Street because of a tracking app on her phone. He returned home at 5.50am.

She revealed that in January she had found a note in Harley's bedroom, addressed to her, that said he had struggled since the age of 14 when they sold his horse.

"He then asks me (in the note) to look after Woody his current horse, which meant that the letter was written sometime during the past three years," she said. "He also mentioned that he loved his time car racing with his father.

"The note made me worried about his mental health due to its content and I contacted Racing Welfare who advised me to talk to him, which I did.

"I told Harley I had found the note and I asked him how he was but he didn't say much and he told me not to worry."

She continued: "The last couple of weeks Harley had seemed a lot happier in himself with Cheltenham race week approaching and other events that he would be attending.

"Harley had laid out all his outfits for race week along the landing. He also had future plans with race-card meetings on Sundays for the foreseeable future."

The inquest heard pathologist Neil Shepherd had carried out a post-mortem and had concluded the cause of death was from the effects of hanging.

He added no drugs were found in Harley's system, apart from a small amount of paracetamol, and a level of alcohol, which may have affected his behaviour, but was not contributory factor towards the cause of death.

Detective Sgt David McCoy stated there was no third party involvement and in the officer's view Harley's death was not suspicious.

A statement from Harley's GP at the Royal Crescent Surgery in Cheltenham said that he had seen him on April 11, 2019 for a jockey medical.

"He appeared fit and well," the doctor said. There was no evidence of any mental illness, he stated. Harley told the doctor he only drank two units of alcohol a week.

He was last seen by the doctor in July 2019 following a horse riding accident and the GP confirmed that Harley had never been prescribed anti-depressants or mood enhancing medications.

In a plea to the coroner Harley's mother said in an additional statement: "The family believe Harley's death was accidental.

"Harley showed no signs of mental illness or depression. He had made many plans for the future, both long and short term.

"Harley took pride in his appearance and had arranged his clothes for Cheltenham race week along the landing. He had also planned to meet a number of people during this time.

"He had spent many hours preparing his race card for the coming season, which began the week after Cheltenham Festival and was looking forward to taking part.

"Harley was very happy in his job and looked forward to seeing his friends every day. He loved working with horses and got great satisfaction from it.

"He said he was looking forward to riding a particular horse in a race in a few weeks time.

"We have a photograph of Harley taken during the early hours of March 11, the day he died, which shows him enjoying himself and looking very happy.

"Harley sent videos to his friends at 3am that morning of him dancing the night away on social media.

"The note that I found in January could have been written anytime in the last three years. There is no mention of suicide or self harm in it.

"It could have meant a move to a different location or a change of direction in life. There was no finality to it. There was also no goodbye or farewell.

"All it asked was for me to look after his horse. Harley was very pleased with the ongoing success of Woody.

"We have no reason to believe Harley had any issues or worries. He was particular over his plans for the future.

"If he had intended to harm himself he would have ensured that any element of doubt would have been removed.

"Harley was a caring person and we feel that he would have said 'goodbye'.

"We believe Harley was happy and content in all aspects of his life. He loved his job, his friends, his horse and his family. He was looking forward to the future.

"There is considerable doubt to conclude that Harley's death was suicide. We feel there are many possible reasons why he came into the position that caused his death.

"We are aware that we may never know, but we doubt that Harley had a suicide intention."

The assistant coroner Roland Wooderson extended his condolences to Harley's family for their loss before concluding that the young rider died from the effects of hanging.

He gave a narrative conclusion, saying "After an investigation police confirm that there was no evidence of third party involvement. Sometime prior to Harley's death a note was found in his bedroom which gave his family concerns about his mental health.

"The family consider the note could have been written anytime in the past three years. The deceased had many future plans and was happy in his employment.

"The family doubt that Harley had a suicidal intent. His GP confirms that he had not been prescribed anti-depressant medication or was suffering from mental health issues."

In a tribute to Harley, trainer Martin Keighley said he had worked for them for six years and added: "Harley was a massive part of our team and we were so fond of him.

"When he started with us he was very quiet but his riding ability was always fantastic - he had a quiet but firm way with horses.

"Harley was a gifted rider and we are all heartbroken that we'll never see him again. He will never ever be forgotten by us all."

If you are struggling with your mental health, please visit Samaritans and Papyrus.