Green spaces have been protected after Cheltenham Borough Council approved a housing plan for the area. 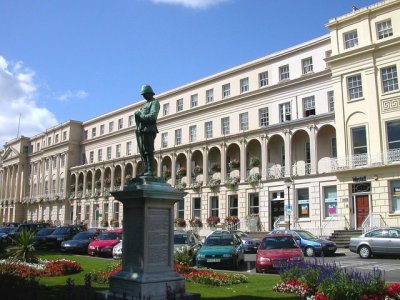 Sixteen areas in the town have been designated as Local Green Spaces, including in Fairview, St Mark's, Hester's Way, Benhall, Charlton Park and Leckhampton.

Councillor Martin Horwood welcomed the decision which he said followed 40 years of campaigning to provide green spaces with the protection they deserve.

Writing in a blog, the town's former MP said: "Thousands of local people have joined repeated campaigns to fend off the loss of the entire area, almost all of which has been optioned by developers.

"Councils have to strike a balance between the genuine pressures for new homes and schools and the need to protect the most important green spaces for local people and, particularly, the children who will live in this homes and go to those schools."

"I'm proud that Cheltenham Borough Council has managed to square that awkward circle."

He continued: "We now have to make sure this protection is defended.

"We can develop our own Neighbourhood Plan and plan to encourage use of the green fields and educate everyone about their importance to our own health and well-being, our community and the local and global environment."

The council also approved a supplementary planning document for the 1,100 new homes which form part of the proposed Cyber Central near GCHQ.

The document, which contains feedback from businesses and local people, will act as guidance future decisions regarding the development.

Part of the land covered by the cyber park is in Tewkesbury Borough Council and the authority will consider a similar document in the coming weeks.