A Gloucestershire school has become one of only 15 in the UK to offer the International Baccalaureate Middle Years Programme.

Wotton House School, previously known as Gloucestershire International School will offer the IB qualification to students between the ages of 11 to 16. 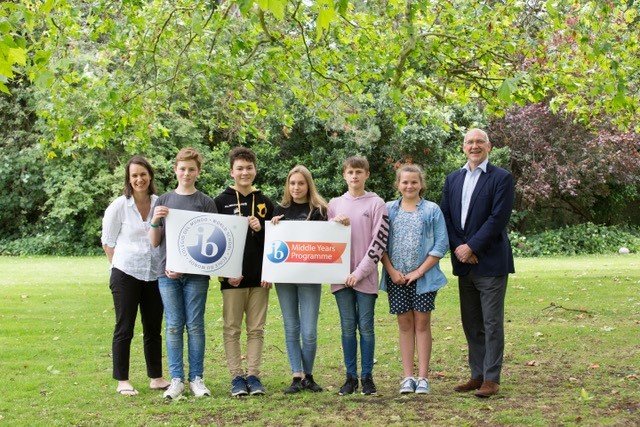 Wotton House principal, Dr Daniel Sturdy said: "We are extremely excited that we have been welcomed into the family of IB World Schools"

"Our vision is to teach human skills for tomorrow's world. We are offering a curriculum that is really fitting for today's children who are growing up in a rapidly changing world.

"As an IB World School we will have access to a network of some of the most progressive and exciting schools in the world.

"The IB Middle Years Programme offers the only alternative to GCSEs for students in the UK which is recognized by Ofqual and is part of the IB set of educational programmes which have been described as 'the best curriculum in the world.'

"The MYP provides the academic challenge that encourages students to embrace and understand the connections between traditional subjects and the real world, and to become critical and reflective thinkers."

Having been granted IB World School status, the school will have access to a network of 1500 schools worldwide that run the MYP programme.

Housed in the beautiful historic grounds of Wotton House on the outskirts of Gloucester, the school comprises a city site, coupled with the acres of open space it owns at the Wilderness Education Centre in the Forest of Dean.

Dr Sturdy is no newcomer to education, having been involved in the setting up and running of three schools in and around Cambridge.