A surgical team from Gloucestershire Royal Hospital are the first in the UK to have successfully performed an operation to remove a cancerous tumour from the oesophagus, using a next-generation robot called Versius. 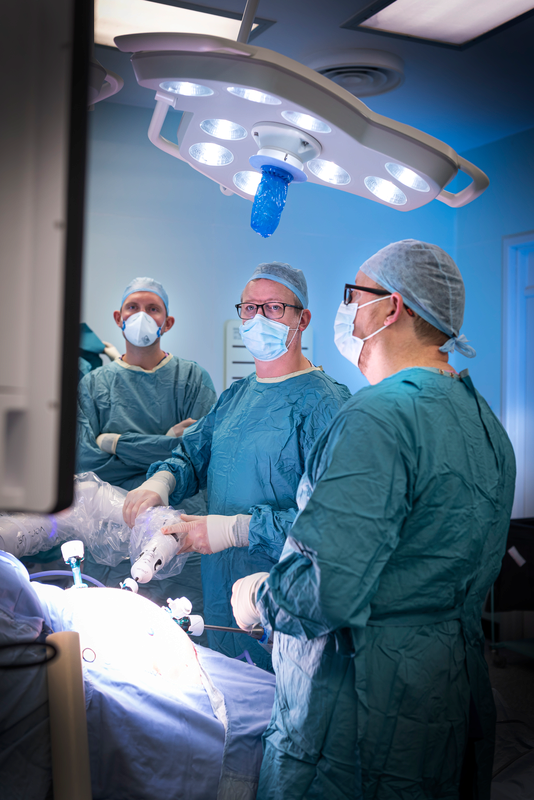 The life-saving procedure involved raising Mr Nugent's stomach and reconnecting it to the oesophagus once the tumour had been removed.

The Versius robot from CMR Surgical means that Gloucestershire Royal and Cheltenham General Hospitals now benefit from three next generation robots. These have helped to establish the Trust's vision of centres of excellence on each site.

Grandfather of two Mr Nugent, 61, of Hatherley Road, Cheltenham is now relishing a second chance of life with his grandchildren, children and wife, Jacqui following surgery in July.

"To have been given a second chance to see my grandchildren, my children and my wife has meant so much to me. The team at the GRH saved my life and I'll be forever grateful to them for doing so," said Mr Nugent.

"I was aware that I was the first patient in the country to receive care in this way - it's astonishing really that this kind of thing is happening here in Gloucester, particularly when you think of big cities like London or Manchester or Oxford," added Mr Nugent. 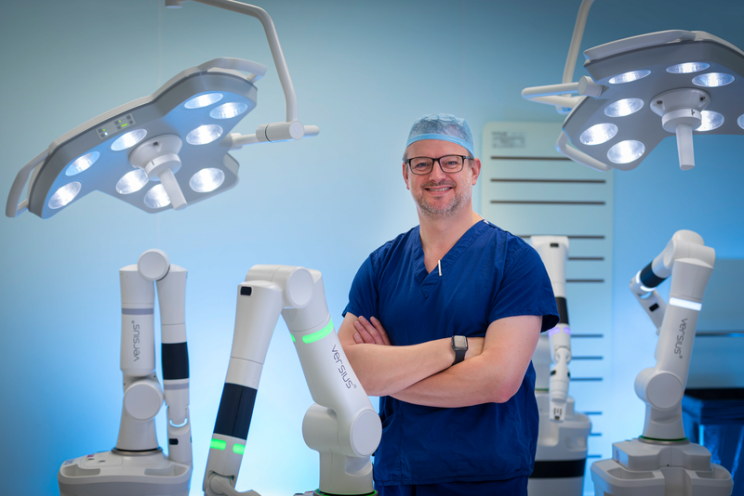 Previously at GRH, the thoracic stage of an oesophagectomy has been performed through open surgery. Using the Versius surgical robot meant that a minimal access - or keyhole - surgical approach was possible. Minimal access surgery (MAS) improves patient recovery. The benefits of MAS are well acknowledged by the surgical community and include reductions in post-operative pain, complications, scarring, and opioid use as well as a shorter length of inpatient stay and faster return to normal activities.

The Versius robot was installed last year with the GRH becoming the first NHS hospital in the country to start with an upper GI programme with CMR Surgical's robot. This has now been developed across a multi-specialty programme including colorectal surgery.

Mr Simon Higgs, Upper GI Consultant, said: "It was important for us to bring in Versius to the hospital so that patients having both routine surgeries like cholecystectomies as well as more complex procedures benefit from the precision and accuracy that robotic surgery brings.

"Upper GI is an extremely busy department and adopting Versius signifies a new era for the specialty as many more patients will receive minimal access surgery and be treated with this high-quality technology." 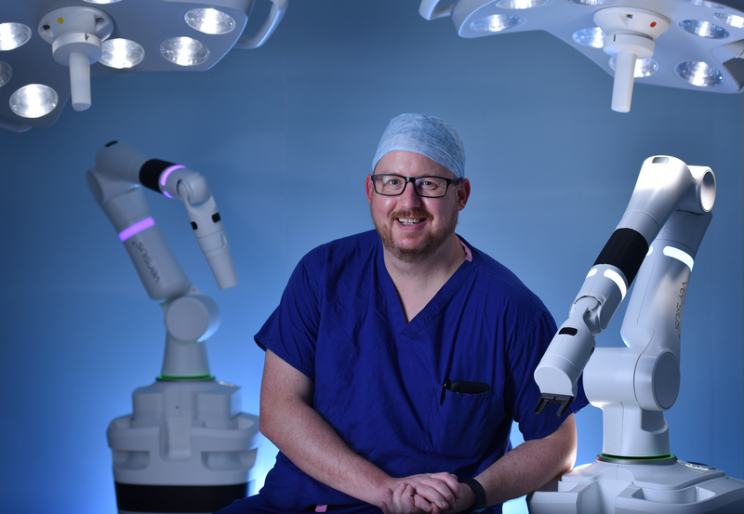 Mr Steve Hornby, Upper GI and Bariatric Consultant, added: "Versius brings multiple benefits for the Trust and we are delighted to be working with CMR Surgical on this programme.

"Within the last year, we have successfully completed more than 100 cases across a variety of procedures using the Versius Surgical Robotic System within Upper GI and colorectal surgery. GRH has become a reference centre for Upper GI procedures, using the Versius surgical robot, in the UK, and that's something the whole team is incredibly proud of."

Ana Raduc, General Manager, UK & Ireland, CMR Surgical said: "It's great to see the teams from multiple specialties at GRH utilising Versius for complex cancer procedures like this one. We know that minimal access surgery improves outcomes for patients and can lead to a quicker recovery, and surgical robotics helps to enable a minimal access approach. We are delighted to be partnering with GRH and will continue to innovate with their surgical teams."

Within the last year, Gloucestershire Royal Hospital have successfully completed more than 100 cases across a variety of procedures using the Versius Surgical Robotic System within Upper GI and colorectal surgery. GRH has become a reference centre for Upper GI procedures, using the Versius surgical robot, in the UK.

Mr Nugent added: "Last year I was in so much pain I couldn't eat any Christmas dinner. I lost three stone in weight quite quickly. I'm thinking we'll make up for it this year and I'm just so grateful to be given the opportunity to enjoy another Christmas."