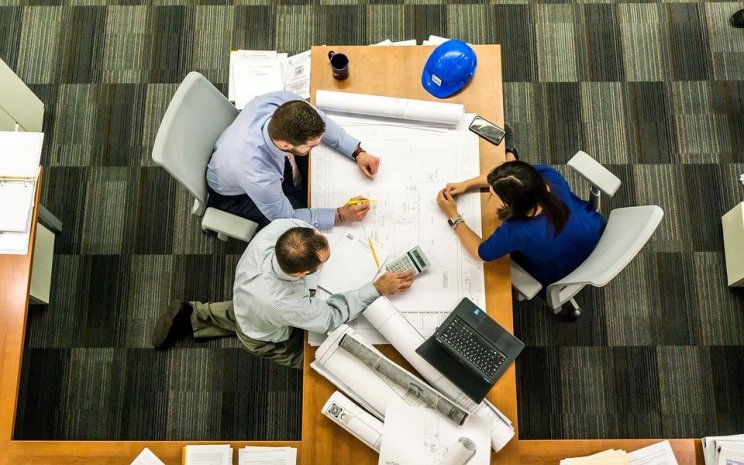 The 'Courtyard' development is on the site of a historic mansion that belonged to the Harris meat family and includes 11 new build and seven Grade II listed conversions of the remaining buildings on the estate.

The cottage and stable block had most recently been used as a social club until it closed after going into receivership in 2015.

The 11 new homes will be grouped around a central courtyard and public space on the site of the mansion once known as Woodlands. They will include seven three-bedroomed terraced homes, three three-bedroomed cottages and a one-bedroom bungalow. Woodlands was built by Charles Harris after purchasing the land in 1869.

His family company, C&T Harris pork processing, employed 2,000 people in the town at its peak, when it processed 5,000 pigs and produced 100 tons of meat pies, 150 tons of sausages, 50 tons of cooked meats and 70 tons of canned and miscellaneous products.

Award-winning Stonewood Builders, which specialises in restoring listed buildings, will convert the older buildings into apartments, while Stonewood Partnerships, which itself has won awards for its developments at Great Somerford and Holt, will build the new homes.

Stonewood Partnerships commercial director Adam Marks said the key task for the developer is protecting the heritage of the original buildings. He said: "We're excited to return these buildings to their former glory. We want to strip the building of the add-ons that have been built over the years to return it to its original state, including revealing three stone pillars that have been hidden. We are also creating beautiful new homes that reflect the history while embracing all the modern comforts, as well as being light, airy and welcoming."

He added: "Paragon's team has been supportive throughout this complex project and has shown great willingness to support us, enabling us to get started on the scheme."

Paragon Development finance relationship director Toby Burgess and portfolio manager Joshua Mann led the deal on behalf of the bank. Toby said: "Stonewood has a fantastic track record of high-quality developments that are sensitive to the area in which they are based and we are confident that The Courtyard will be no different. We are looking forward to seeing the scheme progress."