Two county projects have picked up awards at the Institute of Civil Engineering South West Awards.

Oceans Canal Bridge, part of the restoration of the Stroudwater Canal, won the award for Project under £8 million: New Build.

The M5 Junction 11 North and South Bridges won the award for Project over £8 million: Re-engineered.

The £4 million Oceans Canal Bridge project was designed by Crouch Waterfall and delivered by Network Rail and its contractor, Alun Griffiths, on behalf of Cotswold Canals Connected. 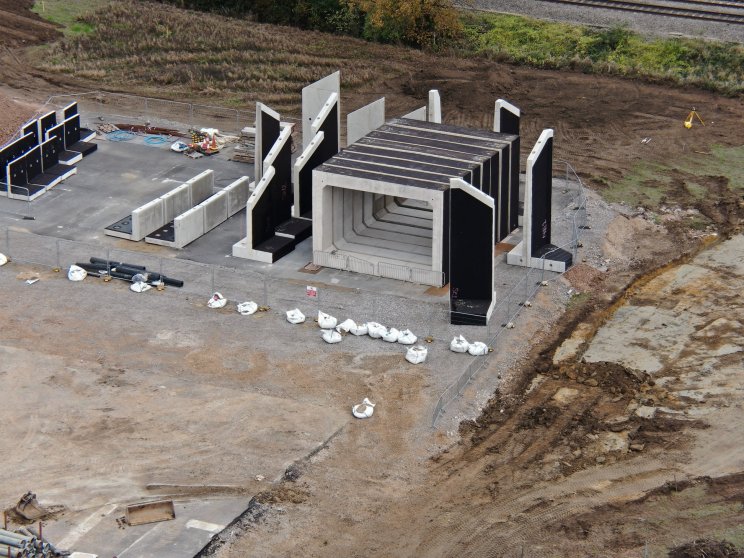 Part-funded by the National Lottery Heritage Fund, the new bridge, with integrated towpath, will once more allow boats to pass under the railway as part of the restored Stroudwater Canal.

The project took more than two years of planning, including casting the new bridge sections on site, catching and relocating thousands of fish and draining a 230 metre section of canal.

To allow the bridge to be constructed, the railway and the embankment underneath it, including the towpath and culvert, had to completely removed. This was carried out over Christmas 2021, when it was possible to close the railway for a week.

The M5 Junction 11 project entailed the refurbishment of the North and South Bridges, which were corroding.

The refurbishment of both bridges, using innovative design and delivery, ensured that this regionally and nationally important link stays open, supporting the local and regional economy.

The project involved as much reclaim and reuse of material as possible, including steel, concrete, stone and topsoil.

The awards ceremony was held at the Marriott Hotel in Bristol.