Two Gloucestershire police officers are being praised for saving the lives of two vulnerable missing people during dramatic river and canal rescues in Gloucester earlier this month. 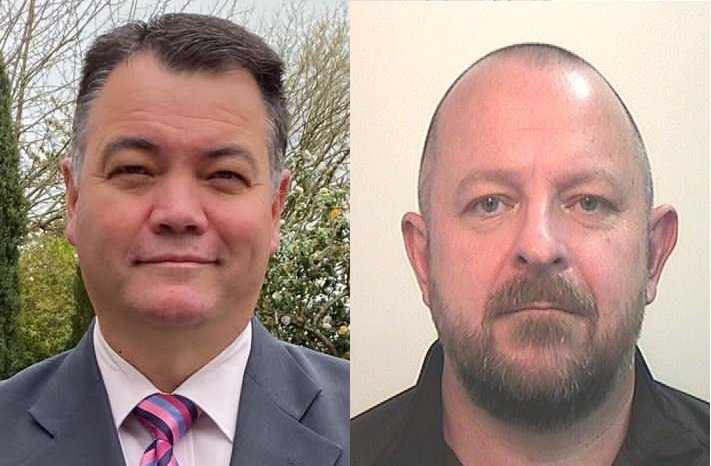 Detective inspector Rory Ainslie and local Police sergeant Matt Puttock risked their own safety by jumping into dangerous waters and saving both women.

Rory's heroics happened in the early hours of the morning at the edge of the Severn at Sandhurst Lane.

Following a large scale search for a very vulnerable woman who had disappeared earlier in the evening, officers had located her in thick mud on the riverbank.

Rory and other officers were attempting to ensure the woman made her way to safety when she entered the fast flowing water and Rory instinctively jumped in, fully clothed in heavy coat and boots, to save her.

"Lots of people have told me how dangerous that was but if I hadn't she could well have drowned. I grabbed her and managed to get hold of a tree - otherwise it could have been interesting," he says, modestly.

Rory was checked over by ambulance staff and given the all clear while the woman was treated at Gloucestershire Royal Hospital but later discharged and continues to receive appropriate support.

A week earlier, local Police sergeant Matt Puttock was attending a report of a vulnerable disabled woman in Gloucester.

She was found in canal water at Monk Meadow Dock and, realising the gravity of the situation and disregarding the hazards, Matt entered the water and managed to pull her out.

"The woman was up to her chin, just bobbing about, and unfortunately under the influence of drugs. Her disability meant she just couldn't move and she was screaming and crying. I got in and managed to get across to her and pull her out. The water was up to my neck," says Matt.

"In an ideal situation Rory and I wouldn't have had to take these actions but our assessment was that the risk to the people we were trying to help was so high we had to act straight away or it would have been too late," he added.

The woman Matt rescued was given medical treatment that night and is now receiving appropriate support.

Matt suffered cuts and grazes during the rescue but returned to duty later that evening. However he was subsequently put on a course of antibiotics to guard against infection after feeling poorly several days later.

Chief Constable Rod Hansen said: "These were exceptional actions by two remarkable officers and they sum up the very best of policing.

"Both cases also demonstrated great teamwork in how we found the missing people, with student officers heavily involved in that process.

"The consequences for these vulnerable missing people and their families could have been devastating if it weren't for our officers - and that makes me very proud."