Police and Crime Commissioner Martin Surl has called on Gloucestershire's six MPs to back his fight for a fair share of the 20,000 new police officers promised by the Government.

It follows the Government's announcement it would support and fund an additional 20,000 extra police officers over the next three years.

With no detail yet of how those officers would be shared around England and Wales, Mr Surl's office said there were concerns the existing method of ensuring a fair distribution could be scrapped in favour of the bigger city forces.

Mr Surl, who has just invested £6 million in a new police training academy in Gloucestershire, fears funding could be 'top-sliced' to provide officers for the National Agencies leaving other forces to compete for what is left.

Either scenario could result in Gloucestershire getting fewer than the 150 officers it could expect under the existing funding formula, which already puts the county at a disadvantage.

In a letter to Gloucestershire's five Conservative MPs and one Labour member, Mr Surl said: "You are probably aware that the Commissioners of the Metropolitan Police and West Midlands Police have already called for any additional resource allocations to be weighted in favour of metropolitan forces."

He added: "If they are successful this would mean a reduced allocation to Gloucestershire and an increase in the disproportionality of central vs local funding arrangements in the county.

"No information has yet been made available to indicate how those 20,000 additional officers will be distributed across England and Wales or what provision will be made for an uplift in police staff to support this. 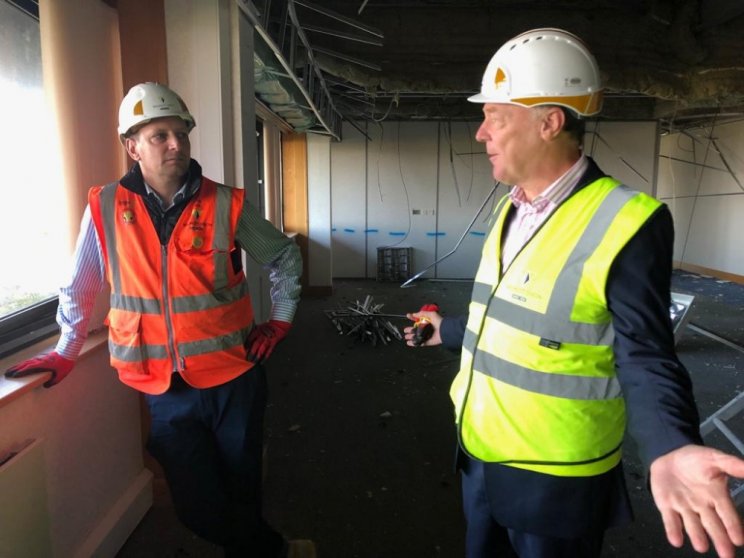 "My ask is that you support me in lobbying for any additional resources allocated this year to be based solely on the existing policing funding formula. In the absence of any detailed, national consultation or analysis, this is, I believe, the fairest approach to any resource allocation".

Gloucestershire currently gets one of the lowest grants from Central Government and the cost of recent police recruitment has come through increases in the council tax.

Under the existing funding formula, the county would expect to get 150 new officers. This would bring the Constabulary back to where it was in 2010 before austerity.

You can read Martin Surl's letter to the MPs in full at https://www.gloucestershire-pcc.gov.uk/police-recruitment-a-personal-letter-from-the-pcc-to-gloucestershires-mps/