Forest of Dean MP Mark Harper was among 34 Conservatives who voted against a four-week lockdown in England which came into force today. 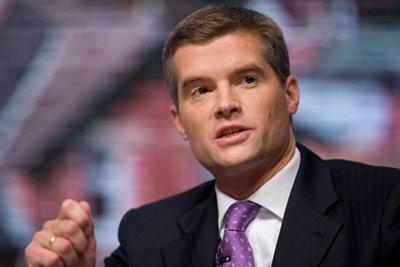 Cotswolds MP Geoffrey Clifton-Brown joined former Prime Minister Theresa May in abstaining in the vote, but with opposition party support the measures were backed 516-38.

Mr Harper said he voted against his party for only the second time in 15 years because he did not believe figures backed Prime Minister's assertion that hospital capacity in the South West would be exceeded in a matter of weeks.

Writing in Conservative Home, the former chief whip said: "In Gloucestershire, and in my constituency of the Forest of Dean, I have been closely monitoring the level of Covid-19 throughout the pandemic and, while we have seen an increase in prevalence, the level of virus in the over 60s remains low and, in recent weeks, has either been flat or falling - this means that the risk of hospitalisation or death is low.

Also, the published data does not substantiate the Prime Minister's claim that hospital capacity in the South West would be exceeded in a matter of weeks."

He continued: "In addition, I have a fundamental objection to the use of reasonable force to enforce these regulations by agents of the state who are not properly trained to safely use that force.

"As a former Home Office Minister, I have seen that when reasonable force is used incorrectly, it can lead to unnecessary deaths.

"I do not believe that the Government has made the case for a change away from the tiered system and in favour of an England-wide national lockdown."