Gloucestershire is home to one of the top 10 Fish and Chip restaurants in the country.

For the third successive year, the Malt and Anchor in Castle Street in Cirencester have been included in the shortlist for the Fish and Chip awards run by Seafish.

In the first year after opening, they were crowned as Newcomer of the Year, while in the most recent renewal they appeared on the shortlist for the Fish and Chip Restaurant gong. 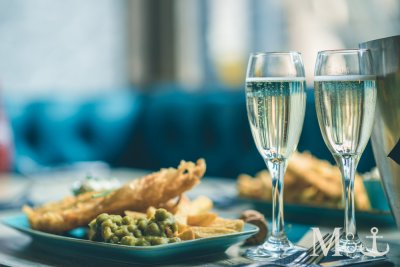 Run by Seafish, the awards recognise talent and celebrate excellence, quality and choice across the fish and chip industry.

The nominees are judged by a number of criteria, with mystery diners assessing, sustainable sourcing, customer service and the all-important quality of the food on offer.

According to their website, the Malt and Anchor serve "only the freshest produce to the highest standards in a unique and relaxing dining environment.

"A traditional chippy menu with a twist, our speciality fish and chips, panko-coated calamari, locally-sourced award-winning pies, butcher sausages and Malt & Anchor's own fresh fish specials ensure that there is something for everyone."

Gloucestershire have a long history of being included in the Fish and Chip Awards.

As well as the Malt and Anchor's triple nomination, Simpson's Fish and Chips in Cheltenham was crowned Takeaway of the Year in the 2016 renewal of the awards.