Gloucestershire's industry of 2,000 years ago discovered during building work at housing estate

Evidence of the industry shown by residents of the Forest of Dean nearly 2,000 years ago have been found during work to build a new housing development in Lydney.

Archaeologists have discovered artefacts that shed light on faming life in Roman Britain as they prepare the site for building. 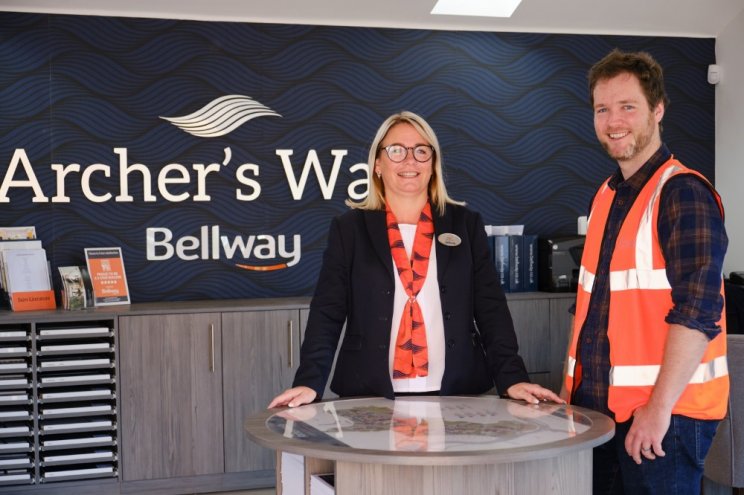 The artefacts, which were found by Cotswold Archaeology, are now set to be taken to the Dean Heritage Centre to be examined further by archaeologists.

Mary Alexander, Post-Excavation Manager at Cotswold Archaeology, said: "We are really pleased with our findings, and we are grateful for Bellway's support throughout the excavation.

"Through further analysis we hope to discover what sort of crops they were growing in the Roman period, and what kind of metalworking was taking place on the site.

"The finds and environmental samples will be able to tell us more about the economy of the Roman farm, the diet of the inhabitants, trade connections and their social status."

The earliest finds from the site were fragments from a Bronze Age collared urn, which may have been used for the burial of cremated human remains.

Archaeologists say the site was well used in the Roman period, with the foundations of farm buildings, field boundary ditches, trackways, refuse pits and a well found.

Ms Alexander added "Fragments of pottery - including tankards and amphoras - were found at the site, as well as two coins.

"The remains also show that the site was re-inhabited in the medieval period.

"We believe it could be linked to the medieval manor house and farm of Rodley Manor which was excavated in 2017 and is just north of Archer's Walk.

"Our findings give us an excellent idea as to what this land was once used for, and we are looking forward to examining the artefacts further."

Billie Oaten, Sales Director for Bellway Wales, said: "It has been fascinating to watch the team at Cotswold Archaeology uncover these remains at Archer's Walk, and we are looking forward to finding out more about the history of the site."

Bellway is building two, three and four-bedroom homes at Archer's Walk, with a range of properties currently available to reserve and a choice of four-bedroom houses ready to move into.