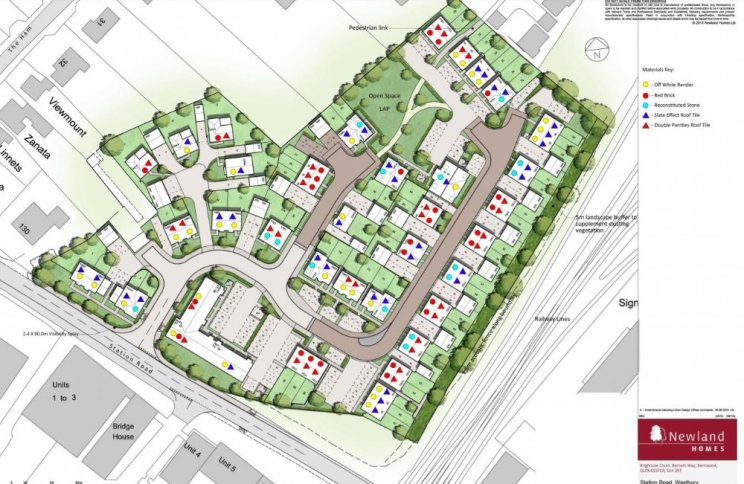 Gloucester-based Newland has numerous projects afoot across Gloucestershire, including forthcoming sites at Whitminster and Prestbury as well as Wallbridge, Stroud and Coley Junction at Cam and Dursley.

Its work also spreads outside of the county and on land previously under the wing of rival Persimmon Homes - off Station Road in Westbury - it has succeeded winning the local authority's backing for its plans.

Persimmon had wanted to build as many as 102 dwellings on the site and Wiltshire Council had granted permission, but that expired in 2016.

Newland's first application - for 88 homes, in September 2017, was been rejected after concerns were raised by Westbury Town Council.

Amended plans for 87 homes were submitted in April this year.

Earlier this year Newland Homes was recognised in The Sunday Times BDO Profit Track 100, which lists UK companies with the fastest growing profits.

It is the second time the business has been recognised in the respected listing.

The Sunday Times praised Newland Homes' strategic approach to housebuilding, which led to a profit growth of 58.55 per cent.

The firm's January to March quarter was its most successful in its 28 year history.