Gloucestershire firm Versarien, which makes the innovative material graphene, is involved in a world first for sustainable building.

The graphene - a 2 D material made from a single layer of carbon atoms - is being added to strengthen concrete being used in the construction of a gym for military veterans in Wiltshire.

Versarien plc, which has its headquarters in Cheltenham, has been collaborating with the construction firm Nationwide Engineering, working with the company's researchers in Manchester.

The world's first graphene concrete slab is engineered for sustainability and is strengthened by around 30% compared to standard concrete.

The new Southern Quarter gym in Amesbury's Solstice Park is owned and run by military veterans and is due to open this Summer. It is just a couple of miles east of Stonehenge.

The innovation team have pioneered this breakthrough material to help significantly reduce CO2 emissions in construction. The production of cement - the 'glue' for concrete - is one of the leading causes of global carbon dioxide emissions, producing around 8% of global CO2 emissions. 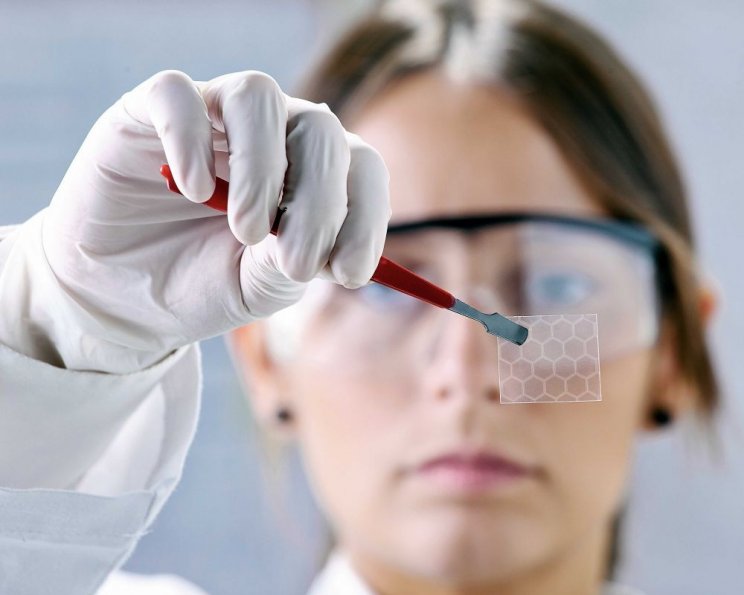 The additional strength also reduces the need for steel reinforcement, saving material and time on site and further promoting the green credentials of this building method.

Nationwide Engineering estimates that an additional cost of 5% for Concretene will be offset by the reduction in material to deliver an overall saving of 10-20% over standard RC30 concrete.

"We are thrilled to have developed and constructed this game-changing, graphene-enhanced concrete on a real project," said Alex McDermott, co-founder and managing director of Nationwide Engineering.

With Concretene production, liquid concrete sets into its solid form through chemical reactions known as hydration and gelation, where the water and cement in the mixture react to form a paste that dries and hardens over time.

Graphene makes a difference by acting as a mechanical support and as a catalyst surface for the initial hydration reaction, leading to better bonding at microscopic scale and giving the finished product improved strength, durability and corrosion resistance.