A Gloucestershire firm has been given a gold standard award from the Ministry of Defence.

Harrison Clark Rickerbys, who have a base in Cheltenham, have been given the highest possible award in the Ministry of Defence Employer Recognition Scheme.

The gold award reflects the firm's commitment to defence and the armed forces community.

It is judged on the welcome it offers to members of the armed forces and its advocacy of the Armed Forces Covenant, that Harrison Clark Rickerbys first signed five years ago. 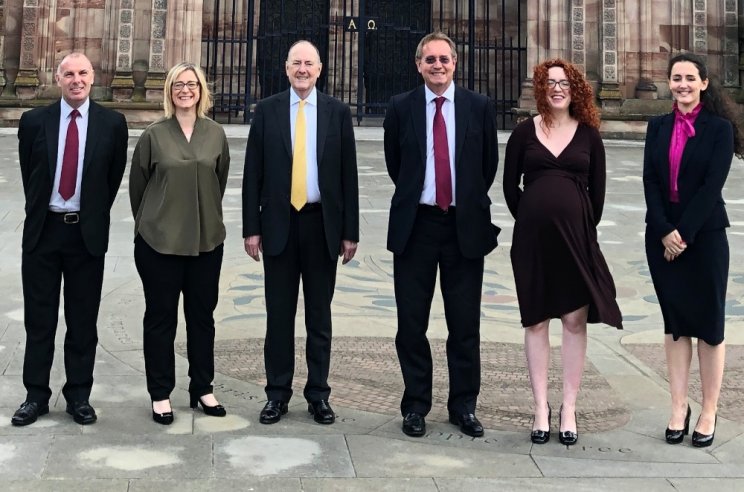 The award scheme acknowledges employees who demonstrate support to the forces and encourages others to do the same.

Partner Richard Morgan, who heads the defence, security and the forces team and Rebecca Kirk, employment lawyer and key team member, have led the firm's initiative.

That has included highly-successful defence and security expos in Hereford and Malvern in the last three years.

The 3CDSE event this year included the first MoD special projects industry day held away from a military base.

Richard Morgan said: "Our work in support of the serving military, veterans and their families is the least we can do to repay our debt to this community, and we are honoured that our efforts have been recognised in this way.

"We encourage employers to sign up to the Armed Forces Covenant whenever we can.

"Our own policies support reservists, serving military personnel and their family members in combining a career outside the forces with the flexibility they need to play their part in that community.

"We are also pro-active in supporting service leavers with new ventures, creating networks and links to help their businesses to grow and thrive."

Rebecca Kirk said: "I am delighted that we have won this award - it reflects how deeply committed we are to working with and for the armed forces community.

"We actively welcome service leavers and others from the armed forces community here.

"As the wife of a serving soldier, we know that members of the community face barriers to employment, but the skills and qualities which they bring to a job are of great benefit to employers, and we are very glad to play our part in spreading that message."

The Armed Forces Covenant is a mutual commitment between serving and past armed forces personnel and both the Government and the business community, recognising the contribution of serving personnel, veterans and military families to the UK.

The firm's work within the defence sector, now firmly embedded across the West Midlands, includes advising former military personnel who now run their own companies.

It also provides resettlement training and welfare services and administers the Three Counties Security and Defence Group - a networking group created by SMEs for SMEs operating in the defence and security sector.

Harrison Clark Rickerbys has 500 staff and partners based at offices in Hereford, Worcester, Cheltenham, Birmingham, the Wye Valley, the Thames Valley, Cambridge and central London.