Gloucestershire's chief fire officer Wayne Bowcock will leave the county service this summer after two years in the role. 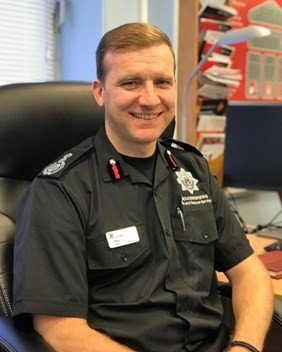 Mr Bowcock, who replaced Stewart Edgar in March 2019, is taking on the role of chief executive and chief fire office for Royal Berkshire Fire and Rescue Service.

He said: "I am extremely proud of our firefighters and staff, both in the service and across the wider council - it has been a privilege to have worked with so many talented, hard working people.

"Together we have achieved so much and put in place strong foundations for ongoing success in the years ahead.

"The decision to move on wasn't an easy one as Gloucestershire's fire and rescue service and the county council are great organisations to work for."

Mr Bowcock arrived in the wake of the resignation of his predecessor and audits carried out the previous year with 90 per cent of recommendations delivered during his time in the role.

Councillor Dave Norman, Gloucestershire County Council's cabinet member with responsibility for the fire and rescuesService, said: "It has been an absolute pleasure to have worked with Wayne.

"He has worked tirelessly and delivered significant improvement across the service - he has been an outstanding chief fire officer for Gloucestershire.