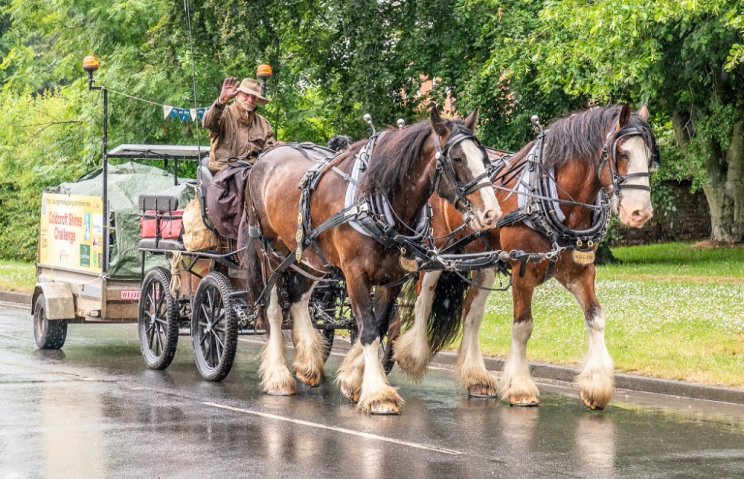 A farmer from Huntley has completed an arduous 650-mile journey on the back of two horses to fundraise in memory of his late brother.

Jamie Alcock, 55, drove his two Shire horses and carriage from Coldcroft Shires Farm to his brother's graveside in Elgin, Morayshire, to raise much needed funds for Police Care UK and The Fire Fighters Charity. Jamie set off in early June to mark the start of the Shire Horse Challenge, which left him unexpectedly overcoming his own personal obstacles. He successfully completed the challenge on August 27th, returning home after more than 650 miles on the road and raising a staggering £48,000 to date, thanks to countless donations from the general public and businesses. 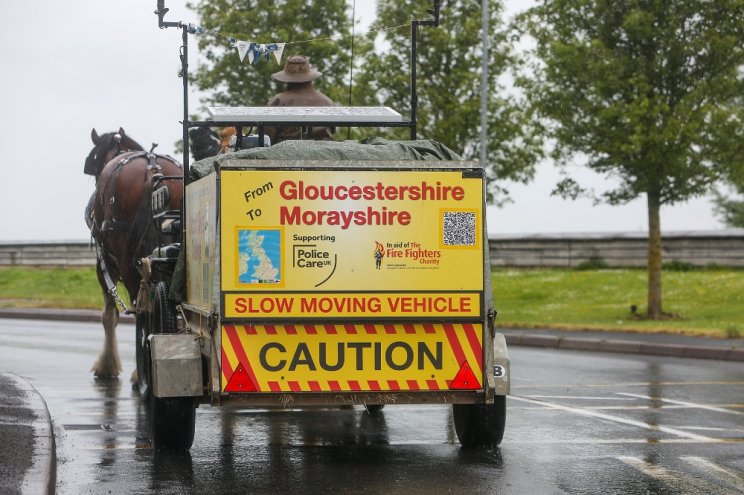 Jamie's brother, PC John Alcock, was a serving officer with Grampian Police stationed at Elgin when in 2003 he was involved in a road traffic accident whilst on duty enroute to Balmoral on Royal Protection duty. After falling into a coma, he never regained consciousness and sadly died in 2017. The Shire Horse Challenge was devised by Jamie to give back to the two charities that had supported his family during such a difficult time.

During the 83 days of travel in his carriage, Jamie was exposed to extreme weather including rain, hail and a heatwave. An accident also saw him spend a week in hospital after suffering 11 cracked ribs, with the setback not stopping him from completing the challenge. 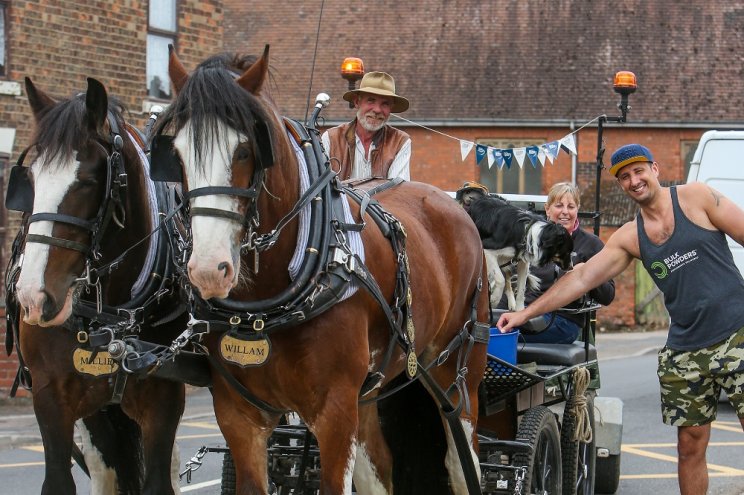 Jamie said: "I'm so grateful to everyone's overwhelming generosity, including many happy passengers on route who donated in return for a ride. It is fair to say it has been a difficult challenge, but also an incredible experience and great fun too. My aim was to raise as much money as possible for two charities close to my heart and put back into the pot so that others can be helped too."

Katie commented: "I am incredibly proud of Jamie in his immense achievement. The challenge itself was no mean feat and to complete it after enduring significant injuries, not to mention freak weather, is incredible. We have almost reached our target of £50,000, and with a few more kind donations we're hoping to get there." 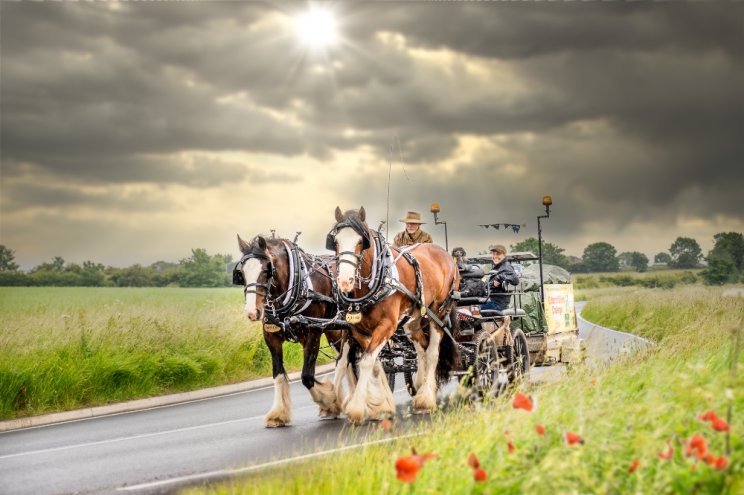