Environmental groups are attempting to inject a little pressure onto fracking firms by publishing just how many millions of pounds local authorities are investing in their sector. 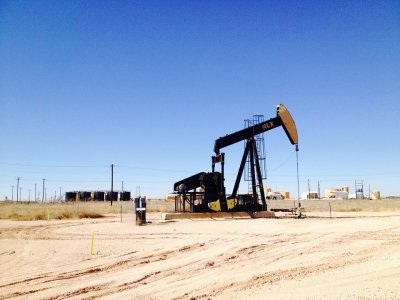 The money - some £78 million in the case of Gloucestershire County Council and £9blln from councils UK-wide - represents funds from local authority pensions.

Fracking - the process of extracting oil and gas by injecting liquid at high pressure into rocks - has caused controversy with residents and environmentalists at loggerheads with firms attempting to gain necessary planning permissions.

Deirdre Duff, divestment campaigner with Friends of the Earth - which put the figures together with 350.org and Platform - said: "UK councils should know better than to invest in fracking companies.

"These companies are inflicting their fracking operations on communities around the world, and this can have significant impacts."

"Many UK councils have rightly opposed fracking in their own area - however it is shocking that they still support the global fracking industry."

The triumvirate is part of a campaign to force local authorities to divest in companies encouraging the use of fossil fuels.

Companies which have benefitted include Shell, BP and BHP Billiton.

Cllr Ray Theodoulou, deputy leader of Gloucestershire County Council, said: "The primary duty of the Gloucestershire Pension Fund is to maximise the value of its investments which are made for the benefit of its many stakeholders, including the Fund's pensioners, current employee and employer contributors, and council tax payers.

"Whilst the Fund does not place restrictions on its investment managers in choosing individual investments in companies or sectors, it does require those investment managers to consider, manage and report on risks that are financially material to the performance of the Fund's investments, including risks arising from environmental factors.

"The Fund believes that engaging with the companies it is invested in to deliver long term change is a more appropriate approach than a blanket decision to divest from any particular group of companies."

Gloucestershire County Council's Minerals Local Plan, published in January 2018, has no policy for dealing with fracking.

At the time of publication Cllr Nigel Moor, cabinet member for fire, planning and infrastructure, said: "As there are no licenses in place for any oil or gas extraction in the county and no plans nationally for any to be issued, a policy at this stage would be premature, so we have removed the draft policy from the plan.

"If there is need for a policy in the future, we are ready as a planning authority to review our position. I should be clear though - we don't expect that this situation will arise, but we are ready if it does."