Near £7 million increase in turnover for construction firm

Turnover rose by nearly £7 million over the last year at one of Gloucestershire's best known construction firms.

Income soared to £57.2 million from £50.4 million at the Staverton-headquartered business, which also created more than 80 new jobs. 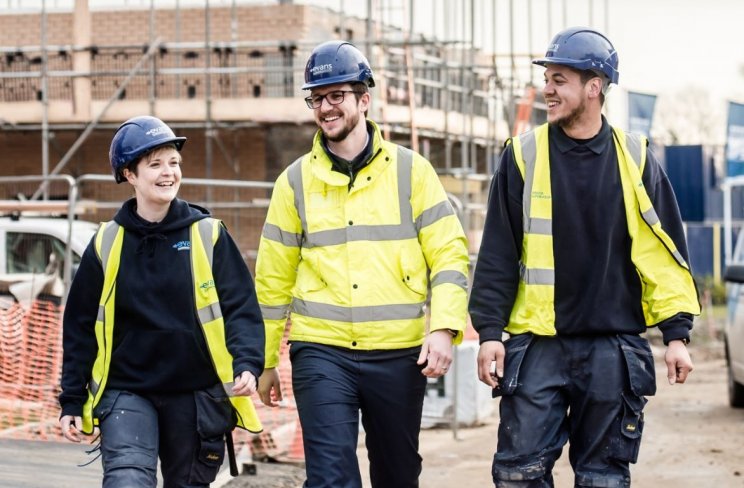 Electrical contractor Clarkson Evans, started in 1981 by now chairman Steve Evans, managed gross profits of £10.7 million, up from £10.2 million, for the period to September 30, 2018.

Staff numbers rose from an average of 707 to 789 during the 12 months for the business, run since May 2016 by former production director now managing director, Nathan Evans.

Paula Bradshaw, chief financial officer, said: "We're really pleased with the growth we've been able to achieve over the last year and we're confident that this is likely to continue for the foreseeable future.

"The house builders we work for are all reporting increasing volumes of completions and good demand for new homes despite the uncertainty over Brexit so the industry is buoyant.

The firm's annual report, in typically modest fashion, said: "After reviewing the company's forecasts and projections the directors have a reasonable expectation that the company has adequate resources to continue in operational existence for the foreseeable future."

After qualifying as an electrician and running sites for a number of years as a team leader, he moved into an office-based commercial role and then business development before becoming production director in 2015.

Clarkson Evans' branch network now stretches from Newquay to Crawley and Southampton to Kettering and is known and respected for its commitment to apprenticeships.

Plans are also in place to develop operations in the north of England.

The company works alongside all the UK's major housebuilders including Persimmon Homes, Bovis, Barratt, Taylor Wimpey and David Wilson, among others.

In 2018, Clarkson Evans wired over 21,000 new homes - that is one in eight of all new homes built across England and Wales.