Gloucestershire Constabulary raises awareness of the dangers of unsafe loads

Gloucestershire Constabulary is helping to raise awareness of the dangers that unsafe loads can cause as part of Commercial Vehicle Week. 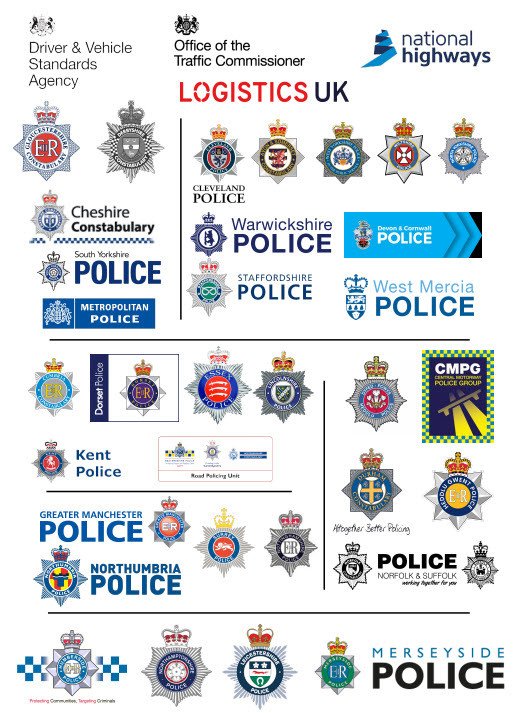 The national week of action began Monday (October, 11) and will see police forces from across the country working together to educate drivers.

Between January 2017 and August 2021, a combined total of 13,353 obstructions were reported on the M5 with these consisting of vehicle straps, tyres, shed loads and other items.

In Gloucestershire alone, there were 3,482 reports during this time frame of insecure loads on the road network.

Any item capable of being thrown from or bouncing out of a vehicle needs to be secured whatever vehicle it is being carried on, whether it's a plastic bucket or wheelbarrow, steel beams or heavy plant equipment.

Even small items can kill or seriously injure someone if they come off a vehicle at speed. Delays and disruption on the road network because of load debris cost the UK economy millions of pounds each year.

Police forces, the Driver & Vehicle Standards Agency (DVSA) and National Highways are working together to protect people, but this cannot be done alone. Drivers, vehicle operators, and those loading vehicles or trailers for others (consignors) must also play their part in preventing deaths and injuries.

There is no excuse for sending dangerous vehicles onto the road network and putting people at risk. Appropriate enforcement action will be taken where individuals and companies are found to have recklessly broken the law.

The Road Traffic Act 1988 and the Road Vehicles (Construction & Use) Regulations 1986 say you must make sure that anything transported on or in a vehicle or trailer is secured so that it does not move during the journey and put people at risk.

If you operate vehicles or load vehicles for other people, you must take steps to protect the driver, other road users, pedestrians, and anyone involved in loading or unloading. You must make sure drivers and people loading vehicles have the right training, information, and equipment to do their jobs safely. It is not enough to assume that the driver will make it right and your legal responsibilities do not end when the vehicle leaves your site.

We all want our roads to be safe as possible and we all want to go home safely at the end of the working day. Play your part by making sure that everything you carry is secured and the vehicles you load are safe and legal before they set off.

Free load security guidance is available from DVSA and free workplace transport guidance and resources to help you assess risk are available from HSE. Other guidance from National Highways, industry associations, and trade unions is also available to help you make sure you're operating safely.

The family of a man who died when a block of concrete fell on to his car from a vehicle travelling in the opposite direction have described the horrifying moment their lives changed forever in an instant.

Steven Oscroft from Ollerton, a town in Nottinghamshire, was taking his two grandchildren out strawberry picking when the accident happened.

The 60-year-old, who's been described as a 'doting granddad', had wanted to seize an opportunity for a family day out during the easing of lockdown measures on July 7 of last year (2020).

He died instantly at the scene when the rock smashed through the windscreen of his Hyundai IX35. His wife and two grandchildren who were also in the car were unharmed.

''There is no happy ending for us, we're never going to get Dad back but, we'd like to think that somebody else wouldn't have to go through that.

"I wouldn't like another family to have to go through what I saw that day and what the children witnessed was terrible. That's all I keep thinking about. In my eyes it wasn't an accident, it was preventable by restraining the load correctly... if it had a decent netting on...because the concrete that fell, that netting couldn't have been secured.

"Just taking the grandchildren out strawberry picking and just like that our lives have changed forever. It was the first time we had been out anywhere since lockdown.''

The family say they still find his death very difficult to accept adding "He was so full of life, just happy all the time... kind, caring, he just loved his family and couldn't do enough for the grandchildren.

We're just in autopilot. We've stuck together and focused on the grandchildren because Steve would have said: 'as long as those kids are alright then you're alright.'

"I think it's about just taking one day at a time because if you do let yourself think about forever without dad then that's when it hits you and it gets hard.

"I think everybody just needs educating. I mean these drivers might have been driving for 30 to 40 years and nothing has fallen off before, but we are proof that it can fall off and it can ruin people's lives forever."