This is the year that everything changes and electric vehicles become mainstream.

According to those in the know, 2020 will see the penny drop, a change occurs and old, outdated mindsets become just that.

The turn of the decade will see the dawn of an era of electrification on our roads and one Gloucester businessman wants to be at the very heart of the change.

And the benefits of going electric don't end with saving the planet. 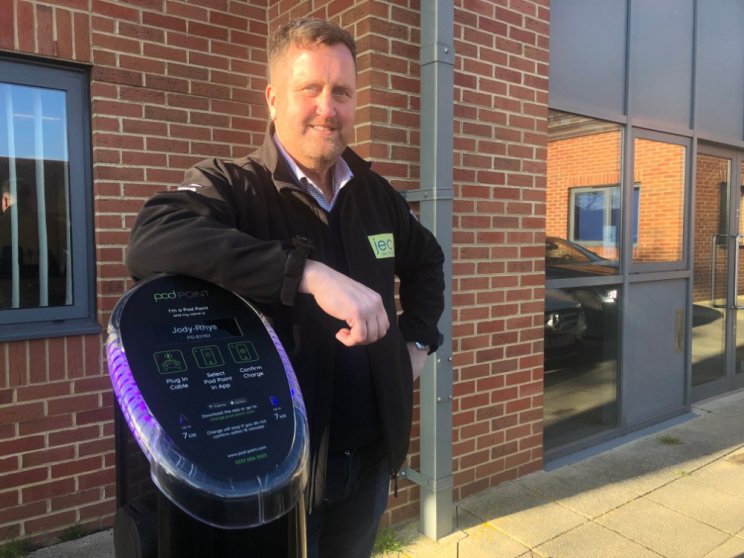 Because, Richard Jones, founder and managing director of Gloucester-based JEC Electrical believes that the advantages of going electric are not just environmental.

It will also save you and your business cold, hard cash.

Spend 10 minutes in the company of Mr Jones and you will be left in no doubt as to his passion and knowledge of the subject.

The son of an electrician, he has worked as a sparky for nearly 40 years, setting up jec electrical 25 years ago.

He foresaw the time when hybrid and then electric vehicles would begin to take over and set about ensuring he, and his business, was ready.

"Make no mistake, the change is happening and this is the year where it really kicks off ," he said without a flicker of doubt entering his mind.

"I first realised the potential of electric vehicles when we were working on a project at Mitsubishi Motors HQ in Cirencester in 2014," Mr Jones said.

"This was the year they introduced the Outlander PHEV, That was a real game changer, so much so that I bought one myself. 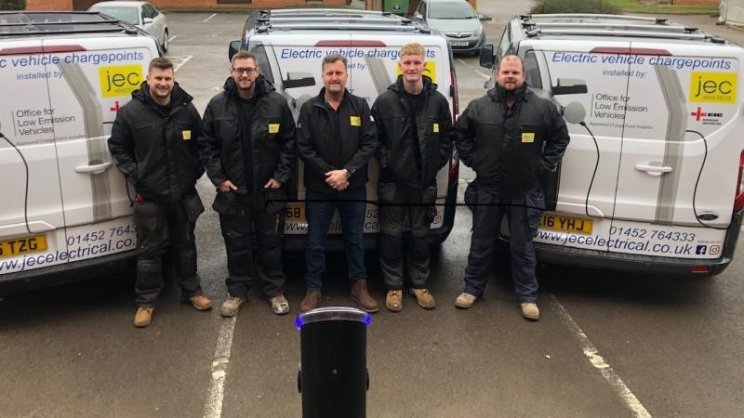 "They asked us to install a few EV charge points at their headquarters and within 12 months we had fitted 53! on the site. "

That is going to become a typical thing at businesses across the country in the coming years, although not all will need 53. "

"On April 6 this year the company car tax rules for all company cars is changing and it will make a massive, massive difference. "

The change will see company car tax removed in 2020 for a fully electric vehicle with a 130mile plus range, rising to just one per cent in 2021 and two per cent the year after.

Huge reductions have also been introduced for other EVs and plug-in hybrid electric vehicles (PHEVs) all of which means huge savings can be made.

"Then there's no road tax, up to a value of £40K, servicing costs will be halved, and your fuel costs are significantly down, the savings are incredible.

"I have ordered a Kia E Nero, that has a 250-mile range for which a full charge will cost around £8."

The role of JEC Electrical in all of this is to supply the fuel stations - the charging points for this new army of electric cars.

"We install at homes," Mr Jones said. "But we see ourselves as being the primary supplier to Gloucestershire businesses of onsite charging points.

"All the major manufacturers will have PHEVs and EVs on the market this year. They will have the tax incentives but what happens over the next 10 years is the real game-changer. "

And that's the really exciting part for Mr Jones.

It may sound a bit Tomorrow's World to those whose electrical knowledge extends to re-wiring a plug, but the theory is mesmerising.

"We have the technology to use dynamic load balancing, which means that we can install more EV charge points than your electricity supply can handle," he said.

"You can plug a car into each point and the technology will distribute the available power on an even basis, so you don't have to spend thousands upgrading your electricity supply.

"We are also installing charge points that can divert energy from solar power and battery storage straight into the vehicle.

I think that will be standard in all homes and businesses by 2030.

"The grid is also going to be managed in a much, much smarter way than it is now.

"We already have 'time of day' tariffs available which charge more when the demand is higher.

"On the flipside when there is over capacity on the grid - when there is more supply than demand - companies and homeowners can get paid to use electricity.

"So, if you had electric vehicles plugged in at that time you could be paid to charge them. 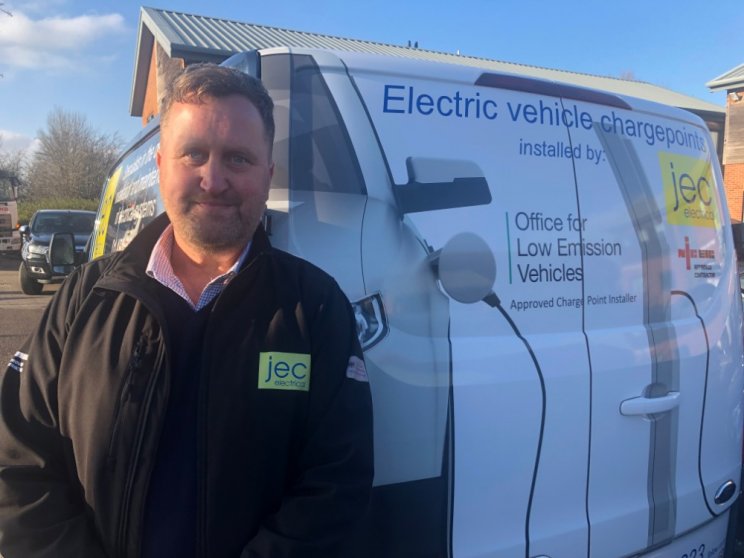 "The next thing to be developed will be charge points that can send power from the vehicles into homes and businesses.

"During times of over capacity on the grid you can get paid to send electricity from your car to the grid. "

So that's why Mr Jones has pointed his company towards that new era and set the company to be ready for what's coming.

As well as installing the EV ChargePoint's, JEC Electrical will help businesses and homeowners claim a government grant.

The scheme, offered by the Office for Low Emission Vehicles (OLEV) reduces the purchase and installation costs of EV charge points by as much as 75 per cent.

"Each business can claim for a maximum of 20 points, capped at £500 per point," Mr Jones said.

"For the home it's up to two and a saving of £1,000. And we claim these grants on behalf of the customer, so they have no hassle.

"There are other incentives to install charge points in to places where vehicles go, like pubs, hotels, garden centres, churches, mosques and leisure centres.

"They can be, both a source of revenue and an attraction to get customers to your business.

"It can be a bit hard to take it all in, because it's all so new. But the change is coming. We will see more and more charging points being installed this year.

In 10-years' time I think we will look back at 2020 and say that was the year where it really kicked off. "