A Tetbury company director who lied about supplying windows for new build houses has been jailed for two years. 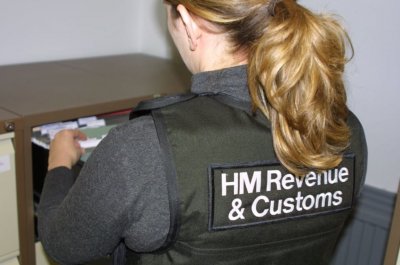 Marcus Kemp, 32, originally from Chippenham, submitted false invoices to fraudulently reclaim £251,499 in VAT repayments between May and November 2015.

Kemp was a director of Commercial Windows Solutions Limited, in Tetbury.

He claimed he bought windows for new build houses - however checks by HMRC officers proved Kemp had not traded and the VAT returns and invoices to support the claims were false.

Zoë Ellerbeck, assistant director of the Fraud Investigation Service at HMRC, said: "Paying tax is important for everyone, it funds our schools, hospitals and all our social services.

"The majority of individuals and businesses pay the tax that is due. However there remains a determined minority who refuse to play by the rules.

"We encourage anyone with information about tax fraud or money laundering to report it online or call the Fraud Hotline on 0800 788 887."

Marcus Kemp was jailed for two years. Charlotte Playforth, 29, Kemp's partner, admitted using her bank account for the stolen tax repayments and was handed a 10-month prison sentence, suspended for 18 months. She was also handed a 40-day rehabilitation order and a 12-week curfew for money laundering.

Both were sentenced on September 17, 2021 at Salisbury Crown Court after pleading guilty to their part in the fraud at earlier court hearings.

Marcus Kemp's father, Robert Kemp, 53, also admitted VAT fraud at a hearing at Swindon Magistrates Court on November 3, 2020. He was due to appear at Swindon Crown Court in June, but he failed to attend and a bench warrant was issued for his arrest.

He failed to appear again for sentencing and is due to be sentenced in his absence at Swindon Crown Court on October 8.

Anyone with information about Robert Kemp's whereabouts is asked to call the Fraud Hotline on 0800 788 887.