A high profile wealth manager from Gloucestershire has been dealt another blow. 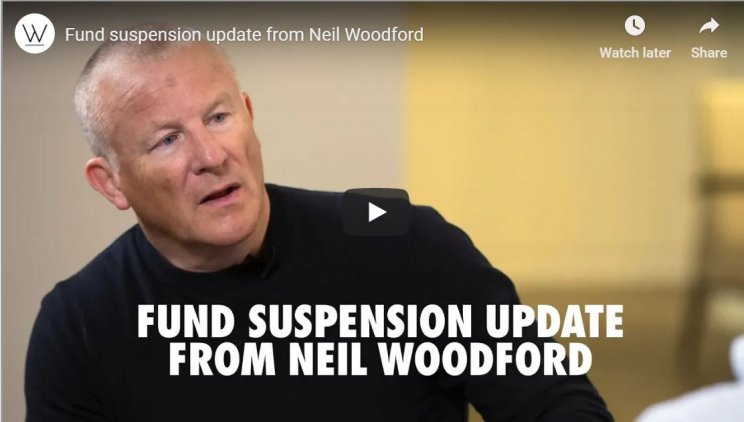 Neil Woodford, who was long considered to have the Midas touch when it came to investments, found himself in the news earlier this week when his equity income fund was suspended.

A number of investors had asked for their money back and the Oxford-based company run by Cotswold resident, Mr Woodford, chose to suspend what is called the LF Woodford Equity Income Fund.

Now St James's Place, the county's biggest firm by 'turnover' (funds managed to give it its correct term) has 'terminated its mandate' with Woodford Investment Management.

Following news of the fund's suspension Mr Woodford took to YouTube to explain his firm's move and to try to reassure investors.

But it seems for Cirencester-headquartered St James's Place it was time for a re-think.

Mr Woodford's personal stock rose after he ably avoided the financial pitfalls of the dotcom boom and the financial crisis while working for his then employer, Invesco Perpetual.

It was a role he carried out for 25 years, before leaving five years ago to set up his own company, Woodford Investment Management, which has enjoyed a glowing reputation with many analysts.

Over the last few weeks investors began to refuse the firm's advice, that if they sat tight all would be well, and according to the Financial Times had withdrawn as much as £560 million.

It was reportedly when Kent County Council asked to withdraw £263 million that the fund was closed - for four weeks. Mr Woodward said he needed time to liquidise assets.

St James's Place funds are not believed to be part of the Equity Income Fund suspended earlier this week. The firm said it had taken the move to "ensure its clients' investments continue to be managed effectively".