Businesses and charity launch vending machine for the homeless

A partnership between Gloucester charity and businesses has made an ingenious idea possible which will help provide homeless people with food and vital supplies. 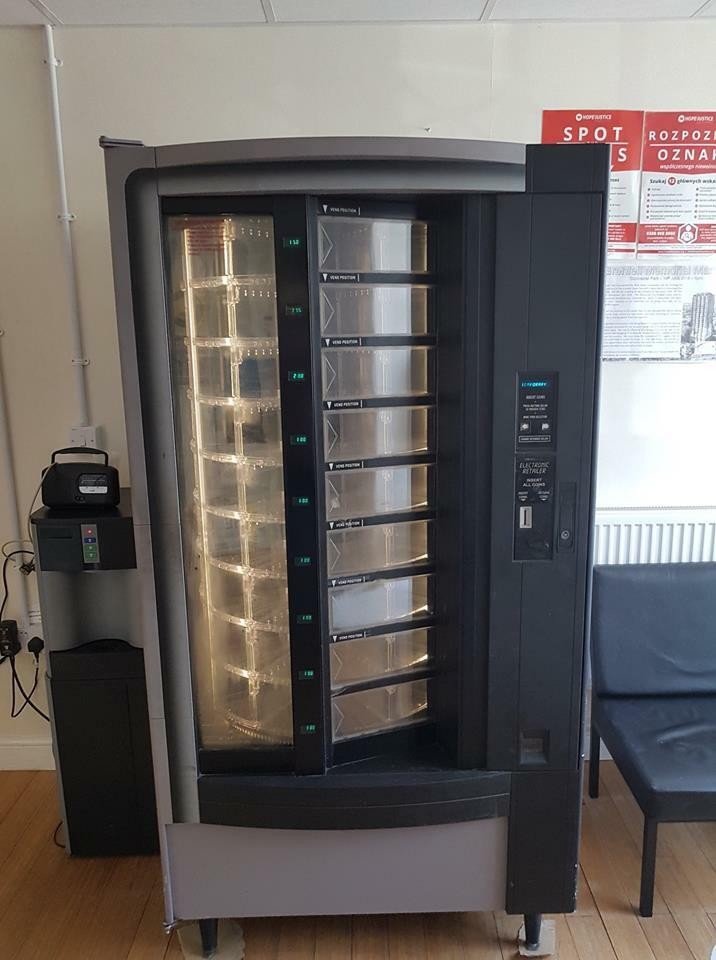 Christian charity Gloucester City Mission has unveiled a new vending machine thanks to the help of Quedgeley-based Laurens Catering, Sainsbury's in the city's Northgate Street and Tesco in Quedgeley.

The Mission receives on average 44 referrals a month rising to 130-plus during the three months at the peak of winter and helps accommodate between 60 and 80 people a week.

Dave Kinghorn, of Gloucester City Mission, said: "As a small charity we don't have masses of resources and this can be difficult.

"In June this year the idea came up again and Kevin Howie our fundraiser/bid writer and Nick Penny our centre co-ordinator started to look on eBay for vending machines and started to discuss the idea more fully.

"The idea of the machine is to give people who are rough sleeping, sofa surfing, in supported or temporary/emergency accommodation who use the centre five tokens a week and they can then use the tokens to get items they need."

"The machine is refrigerated so great for sandwiches and drinks, we also stock wash kits, sanitary products, toiletries, socks and underwear."

He added: "As we are only open for short periods on certain days the vending machine gives people the chance to access items at times when they need them rather than when we are open.

"The vending machine sits in the reception area and is accessible Monday - Friday between 9am and 1pm and then again from 2pm till 5pm."

Gloucester City Mission seeks to serve the homeless and the vulnerable. It is a Christian charity funded by the local churches and individual giving.

"We are only able to do what we do through their generosity and peoples donations," said Mr Kinghorn.

"We currently open for three sessions a week on a Tuesday & Friday afternoon and a Wednesday morning, we also have a Saturday night outreach where teams of volunteers go into the city centre and meet with people where they are begging, where they sleeping or where they are in situ."

It also works with GreenSquare housing which provides a fortnightly drop in and those struggling to maintain accommodation can link in with them to help maintain their tenancies.