EESI Group received the perfect 25th birthday present last night when they were crowned the Randall and Payne Business of the Year at the annual Gloucestershire Live Business Awards.

The Stonehouse-based firm who specialise in installing mechanical and electrical business systems, were founded by local business Mike Gardiner in 1994.

Now a multi-million turnover operation based at the Springfield Business Centre in Stonehouse, EESI employ around 70 staff. 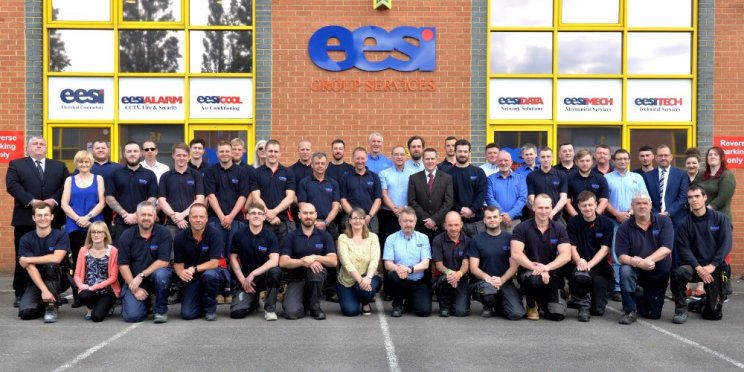 They were not the only big winners on a night that saw 12 gongs handed out to the biggest and best Gloucestershire companies.

And it was a special night for a bastion of the Gloucestershire Business Community, who received the Lifetime Achievement Award.

Mike Warner, the man who turned the Warners Group from a small cottage industry into a thriving company known throughout Gloucestershire.

He said: "Mike is a very shrewd businessman whose life started in automotive and car dealerships and then, with his son, Guy moved into food with the Budgens chain.

"He is a huge supporter of everything Gloucestershire and a powerhouse behind the Three Counties Showground."

The other winners highlighted the superb work done across all business sectors across Gloucestershire.

Young Business Person of the Year was George Tatham-Losh, a director of Cheltenham-based Move Sales and Lettings.

Educational content creation service Haremi Ltd from Cheltenham, were named the Small Business of the Year, while the Best Employee Award was claimed by Remi Ashton of Cheltenham-based Ocere.

Cheltenham success story Coconut Tree took the award for New Business of the Year, while the Furniture Recycling Project in Gloucester won the Corporate and Social Responsibility Award.

The Business Innovation Award was claimed by Protrack Solutions from Quedgeley while the Growth Hub-sponsored Growth Business of the Year was claimed by Geometric Manufacturing from Tewkesbury.

The first award of the evening, for Marketing Campaign of the Year was won by Firstbase Employment who have their HQ in Stroud.