Business serves up awards in honour of its staff

Staff who 'believe in more' at Gloucestershire-based independent wholesale company Creed Foodservice were recognised at a recent awards ceremony. 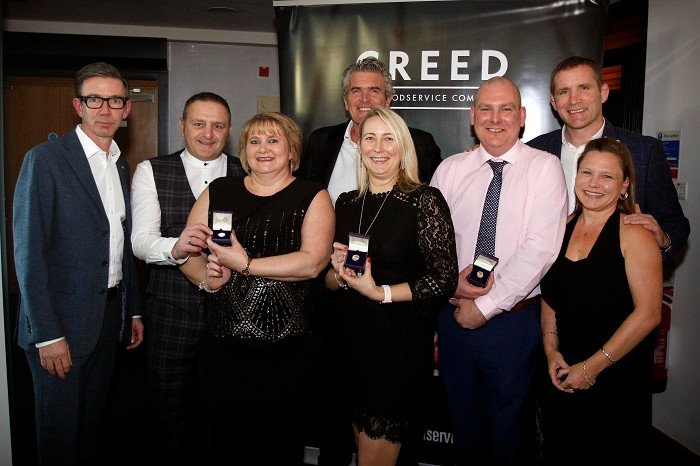 Staff from across the business enjoyed a three-course dinner with entertainment and an illusionist at Brickhampton Court Golf Complex, at Staverton, between Gloucester and Cheltenham, another of the Creed family businesses.

Creed employees, some of them who have been with the company for more than 20 years, were recognised along with winners in the four separate categories. 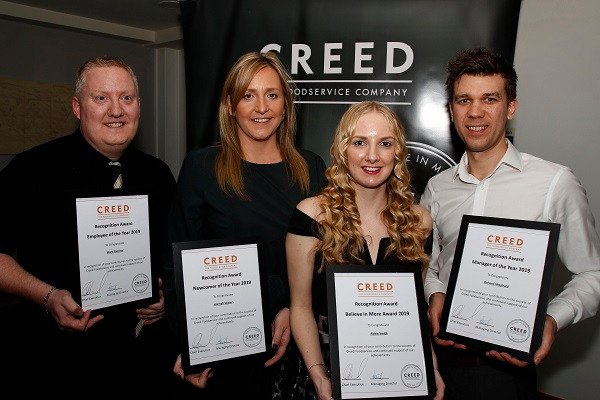 One hundred and seventy-eight employees were nominated by their colleagues with 18 finalists.

The category winners below received champagne and a cash prize.

• 'Manager of the Year' Richard Shephard (head of sales)

Creed Foodservice, which has its headquarters at Staverton, hosts the awards every year to recognise staff who have added value to the business and encompass the Creed #BelieveinMore philosophy.

Last year the business revealed turnover was in excess of £77.3 million with gross profits in the region of £21.3 million.