Businesses across Gloucestershire are busy preparing for one of the busiest weeks of the year when the eyes of the horse racing world fall on the Cheltenham Festival.

And at Gloucestershire Airport, companies who deal with the high demand for air travel in and out during the four-day Festival, are readying themselves for their busiest year so far.

Weston Aviation are the preferred fixed-base operator (FBO) for the airport and they are preparing themselves for a marked increase in visiting aircraft needing refuelling. 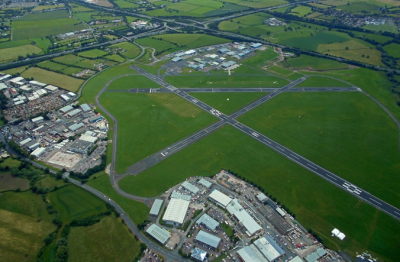 Nicole O'Connor, Weston business development manager, said: "We opened the FBO facility with hangar and private ramp less than three months before The Festival in 2019.

"A year on, the services and facilities have been considerably improved and we have established a great network of clients and passengers.

"We are anticipating a growth in movements based on the bookings already confirmed, which are ahead of last year."

Gloucestershire Airport imposes a slot allocation for all aircraft due to the high demand for handling and parking throughout the week.

The West Aviation team are recommending early booking to ensure slot allocation and extension requests can be secured.

The company also has an expanding fuel reseller network and offers cargo and specialises in providing private jet and helicopter charters.