Two women from Gloucester have been ordered to pay more than £4,500 in fines and costs after being convicted of fly tipping offences in the city.

Monika Dirdova and Sharon Evans were found to be responsible for dumping a large amount of household waste and furniture on the corner of Gothic Cottages and Barton Street in January.

Gloucester City Council investigated the offence and issued the pair with fixed penalty notices in a bid to settle the matter out of court. 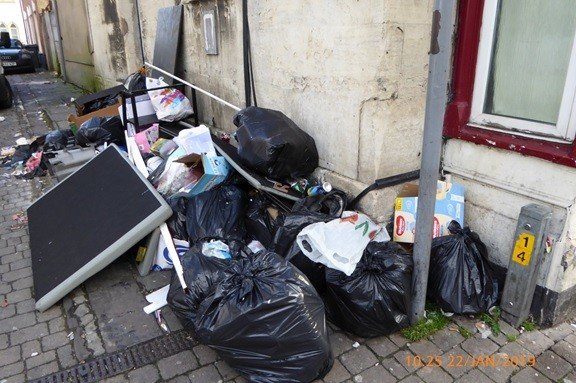 However, both Ms Dirdova, 45 and Ms Evans, 55 failed to pay the fines leading the city council to prosecute them for householder duty of care offences under the Environmental Protection Act 1990.

The case was heard at Cheltenham Magistrates Court on Monday and the pair, both of Barton Street in Gloucester, were found guilty in their absence.

Ms Dirdova was ordered to pay a fine of £2,640, a victim surcharge of £170 and costs of £500. Ms Evans was given a lesser fine as it was found from paperwork within the waste that she was on benefit.

Councillor Richard Cook, cabinet member for environment at Gloucester City Council, said: "We will not tolerate people acting irresponsibly and thinking they can get rid of their household waste in this manner.

"They should think twice about their actions as they will be prosecuted by the courts.

"Gloucester City Council spends more than £1million a year cleaning up litter and fly tipping from its streets and we are determined to stamp it out."