Gloucester Services takes fast lane to top of the table

Gloucester Services has been declared the finest motorway service station in the UK by Which? Travel. 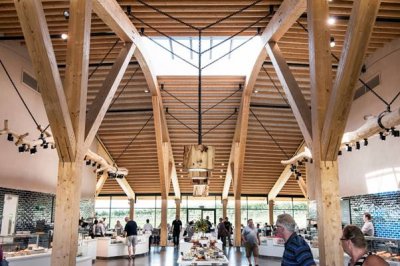 The consumer magazine declared the M5 site as "the gold standard of service stations" as it topped the table of the country's 68 outlets.

Which said it was "a disservice to describe the stop... as a service station" with visitors labelling it "an essential part of a journey through Gloucestershire".

The table was based on around 2,700 customer reports with Gloucester receiving a satisfaction score of 86 per cent from more than 300 reviews.

Tebay on the M6 in Cumbria was second with Cairn Lodge, south of Glasgow on the M74, taking third place in the table.