Sport clubs and organisations across Gloucestershire are to benefit from a £300million cash injection to help them survive after months without fans. 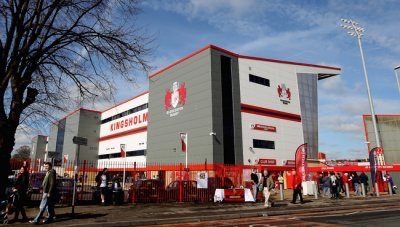 Gloucester Rugby will share £59million designated for Premiership Rugby clubs while there is more funding for lower leagues, £40million for racing and £25million for senior non-league football clubs.

Gloucester start their season at Leicester on Saturday without fans after chief executive Lance Bradley warned in September the club could not survive until March without help or supporters being allowed to return at Kingsholm.

Other sports to benefit include rugby league, netball and tennis but there is no extra funding for Premier League and Football League sides, including Cheltenham Town and Forest Green Rovers.

The exact amount each club will receive from the Sports Winter Survival Package, largely in low-interest loans, will be decided by an independent board support by Sport England following application from each sport.

Rugby union will receive the largest amount with £135million, of which £9million will go to Championship clubs including Hartpury.

Another £23million will go to clubs below the top two levels of English rugby with £44million for the Rugby Football Union.

"This announcement is crucial to ensuring our clubs can stay solvent during this difficult time. The funding will safeguard the elite game and, just as importantly, the vital work each of our clubs do within their local communities, but we know our clubs still face difficult and challenging times ahead without supporters in their stadiums.

"Keeping the league intact has been my number one priority during the pandemic and now we have the foundations from which to grow the game and build longer-term financial stability."

Cheltenham Racecourse could benefit from the £40million for horse racing while Severn Stars are set to receive part of £2million allocated to Super League, half of the total amount awarded to netball.

While the top four divisions of English football will not receive support, teams in the top two divisions of the National League - including unbeaten North division leaders Gloucester City - will receive £11million.

Steps 3-6 of the National League, which includes the Southern League and Hellenic League, will receive £14million which could benefit county clubs including Cinderford Town, Cirencester Town, Bishop's Cleeve and Tuffley Rovers.

The top two divisions of women's football will receive £3million.

Other allocations will see the Rugby Football League receive £12million, the operators of major motorsport circuits £6million and Lawn Tennis Association £5million with £4million for basketball, the same amount for ice hockey's Elite League, £2million for Badminton England and £1million for greyhound racing.

Announcing the funding package, Sports Minister Nigel Huddleston said: "We know the vast majority of sports - many of which operate on tight financial margins - have been making serious cost reductions, such as locking down grounds, taking up the furlough scheme for many staff and halting excess payments.

"It is absolutely right that we now intervene to protect entire sports, and the communities they support, as we navigate this pandemic."